A couple of weeks ago a small escape was arranged for Sunday afternoon. With light winds, clear skies and sun forecast, my wife and I decided to nip over to Rye to attempt to improve on my Barn Owl shots. Anyone that knows me will be well aware that this is becoming a little obsession of mine. I’ve watched the owl(s) at Rye many many times but still hanker for that “special” shot. Anyone paying attention is going to see the title of the post and realise it didn’t quite work out that way…

First order of the day was to walk over to the hide at Castle Water to see what’s about. Never disappointed for views here (not always great for images though) and there were wildfowl everywhere. Due to the distance they often stay, I only took one or two “trigger happy” shots. That said, I’d like to use this image to demonstrate a point – 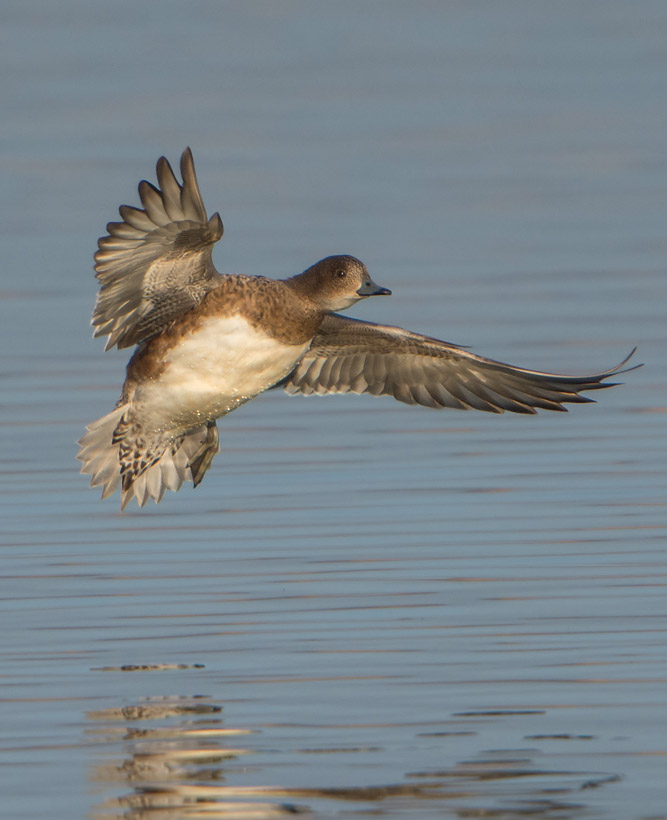 female Widgeon coming in to land

Although I would consider this an “ok” shot, this is a pretty heavy crop but still retains some decent detail. It was shot at 1/4000s, f5.6 (the 1.4 converter was attached) and an ISO of 640. The ISO may seem quite high given the sunshine and reasonable light but often the super-fast shutter is what makes a keeper. The fact it’s against a reasonable light background helps. A small amount of noise reduction can also help in post production.

There were a couple of birders in the hide and one other photographer. After a short watch we left, knowing that we would need to be in place and fairly hidden to try and catch a close-up of the Barn Owl. The sun was starting to dip and  the light was looking perfect.

It’s a well known fact that often what alerts birds to your presence is the human shape. To counter this, my wife and I sat down with my tripod in front of me and I draped my bag hide around it. With hoods up and hunched over I was hoping we just looked like green blobs and would be of no interest to the owl when (or if) it showed. The sun was now dropping fast but, as the law of sod would have it, in rolled the cloud and, along with it, some mist for good measure. Then right on cue the Owl did it’s first circuit. Unbelievable. From gorgeous golden light to dim and dingy inside 5 minutes. Instead of reasonable ISO levels with decent shutter speeds, the shots were taken at ISO1600 and 1/800s. With birds in flight, even the slightly larger ones, this is no where near optimal. One or two shots came out just ok. 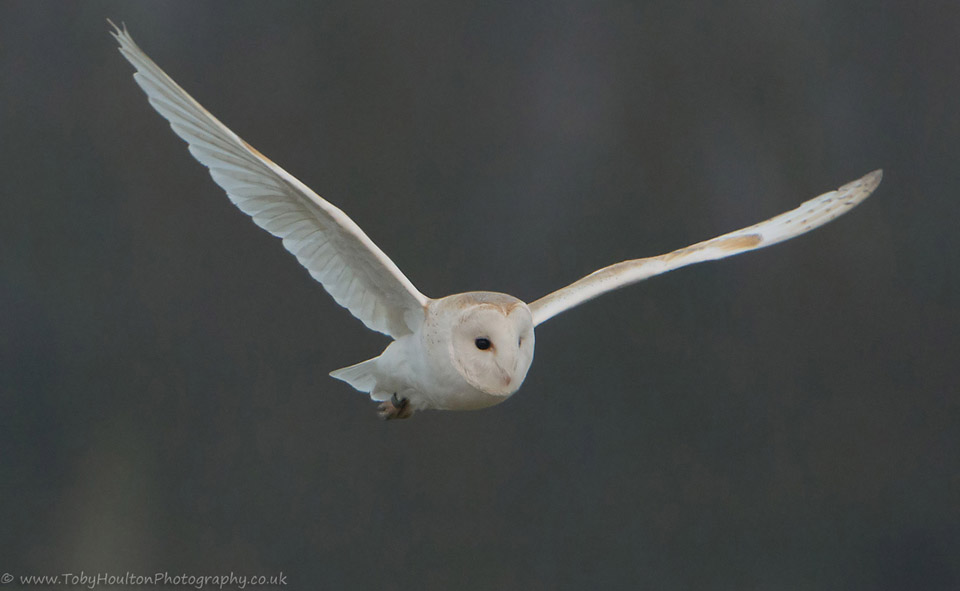 Frustratingly, just as the owl flew up and past us, it veered off. When I looked along the path there was another photographer who had just been walking through at the right time (for him, not for me!). When he drew level and started chatting, I suggested he hide a little so we had a chance of another flyby, so Arthur (/wave!) nipped down behind us and we chatted while waiting for the owl to come back. It didn’t seem to be too long before it was up for the hunt again. The light was getting worse but the views were excellent. The owl was dropping down occasionaly so clearly there was prey zipping about in the long grass. After a period of a couple of minutes almost hidden in the grass around 100 yards away, the owl took flight and it was clear that it had made a successful kill. 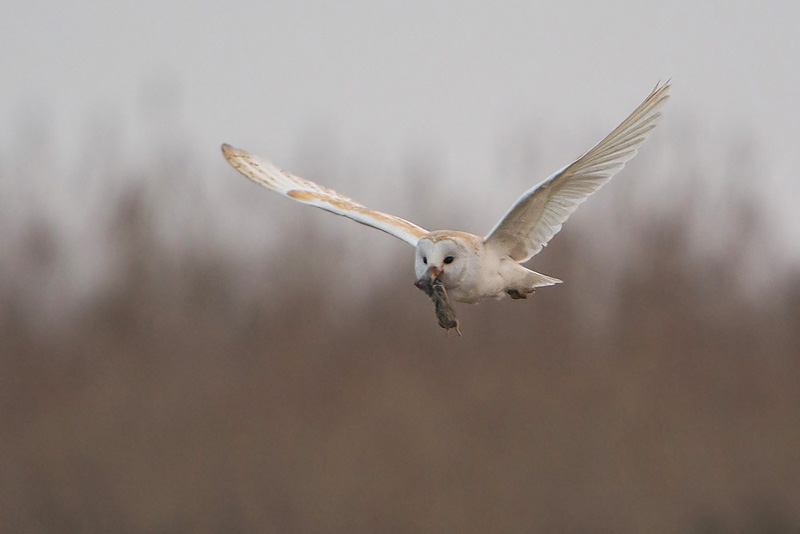 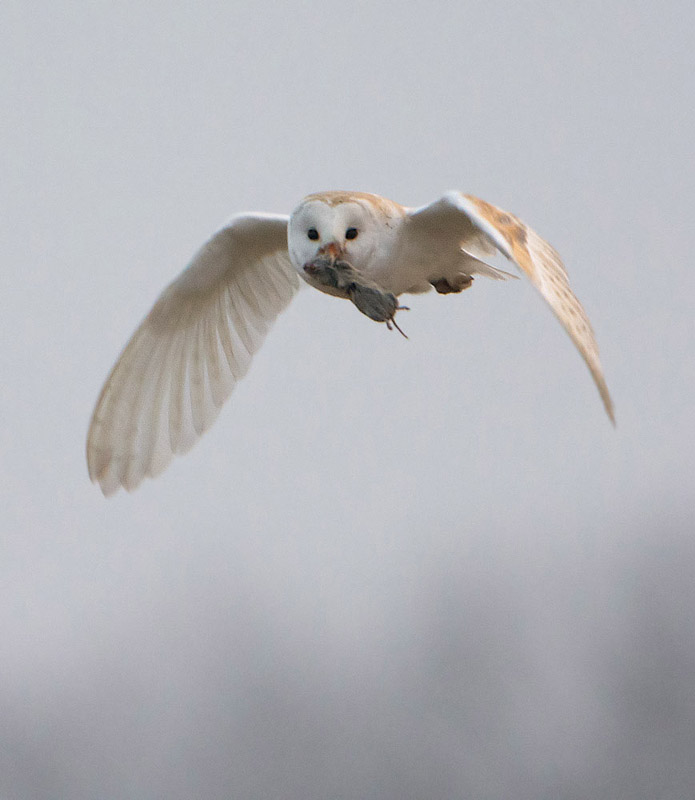 Fly past with food

Quite a bittersweet moment. Fantastic views of a moment I have never witnessed at such a close range but with the awful light I couldn’t really get the sharpness and detail in the image that I wanted as can be seen from the shots. So all the best laid plans didn’t quite play out as I hoped. I guess that’s what keeps me coming back as there is always more to see and room for improvement.