Does stopping down with the Sigma 500mm f4.5 help improve sharpness?

For a while now I’ve been meaning to carry out a quick aperture sharpness test with the Sigma 500mm f4.5 lens, and in fact, did write one for my old website which promptly made the software crash when I tried to upload it. That’s why I’ve moved to a new website that shouldn’t have issues handling a few images.

The point of this test was to determine how much, if any, sharpness improved by stopping down rather than shooting wide open at f4.5. My area of interest is wildlife photography so I want to keep my shutter speed high and preferably have as little distraction in the background as possible. Clearly stopping down affects both of these areas so I wanted to see just how much difference it would make.

I should point out that this is far from a scientific test. I picked a cloudy day (other wise I would have been out photographing real stuff!) and shot 4 images at each aperture from f4.5 to f7.1 and picked the best from each to demonstrate. I used ISO400 which is often the setting I would use “in the wild”. I also just used standard long lens technique rather than attempting some clinically perfect shot with mirror up etc. To try and replicate some feather or fur detail I have used a toy fox and focused squarely between the eyes. The subject was placed around 30 feet away. Bear in mind this target is not moving which makes a big difference to the detail recorded, I would really struggle to get anything so sharp in the wild at the slow shutter speeds used in my test. I’m also not too concerned with sharpness at the corners of the images as rarely in Wildlife Photography is this an issue.

Here are the sample images – the link to the full size image opens a JPG of around 1meg in another window. I didn’t want to put huge files up as it seemed overkill. These JPG files have been saved at a quality setting of 9 as the viewable difference between 9 and 12 on Photoshop isn’t visible to my naked eye (and i’m very picky!). These images are all 100% crops from the original and have not been sharpened in any way (even in camera sharpening is turned off). No other processing has been carried out either. 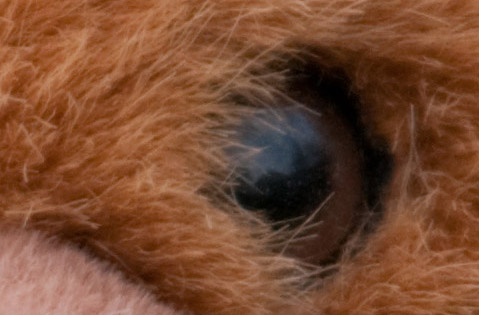 The full sized image at f4.5 can be found HERE 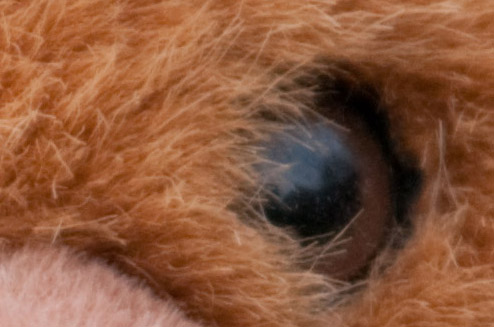 The Full sized image at f5 can be found HERE 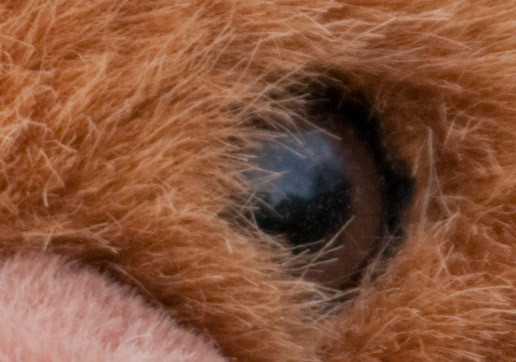 The full sized image at f5.6 can be found HERE

The full sized image at f6.3 can be found HERE 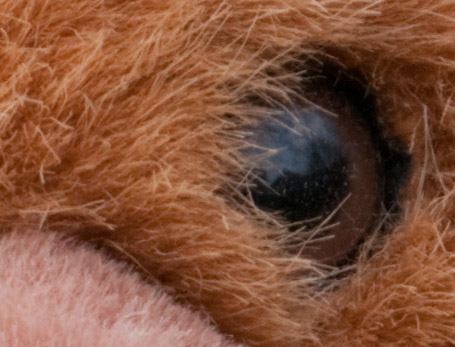 The full sized image at f7.1 can be found HERE

From the test images above I personally start to see an improvement at f5.6 and a small jump again at f6.3. The hairs around the eye are more clearly defined than at f4.5 and f5 and there is a fair bit of difference between f4.5 and f6.3. So what does this mean for you? That’s a question only you can answer. This really depends on what you want from your images. If you aren’t going to be doing extra large prints or submitting to stock agencies then even at f4.5 there is plenty of detail recorded and if your end product is a smaller, web friendly image, then I think you’ll be more than happy shooting wide open. I personally am overly picky when it comes to quality (and do submit to stock agencies) and like to squeeze as much detail as I can from my images and more often than not find myself shooting at F5.6.

I guess if you have read this far you are either thinking of getting one of these lenses or already have one. Hopefully the above will be of some use to you. I’ve been extremely happy with mine.

Hopefully in the next few weeks I’ll be able to compare the Sigma 500mm 4.5 and the Nikon 500mm f4 VRII and answer some of the questions that were in my mind when I bought the Sigma.