Spring is in the air…

Spring has most definitely arrived. I’ve been waiting for signs that spring migrant birds are arriving and have been keeping an eye on the websites (RXWildlife and Sussex Ornithological Society) to see what’s been landing on our shores. I admit to not being a birdwatcher, rather a photographer, and still have alot to learn about the best times and conditions to hope to see large falls of birds as they arrive. On bank holiday Monday over easter my wife and I nipped over to Rye (my favourite local haunt) to see what had turned up.

I am often asked for tips on bird photography and the first one that springs to mind (no pun intended) is …get up early! I can’t stress how much difference being on site at sunrise makes to a trip as opposed to arriving at 10am and wondering where everything is. I know not everyone has the freedom to arrive when they like but I often find I’m going home just as everyone arrives.

At this time of year the first thing that greets you is the countless birdsong coming from every direction. Another tip here – try and learn as many as you can. Often I hear the bird first then look for it.  A good example is coming later in this article. Although the Bittern was booming around the view point, I knew that would be a bird I’d be very lucky to find even when hearing it. 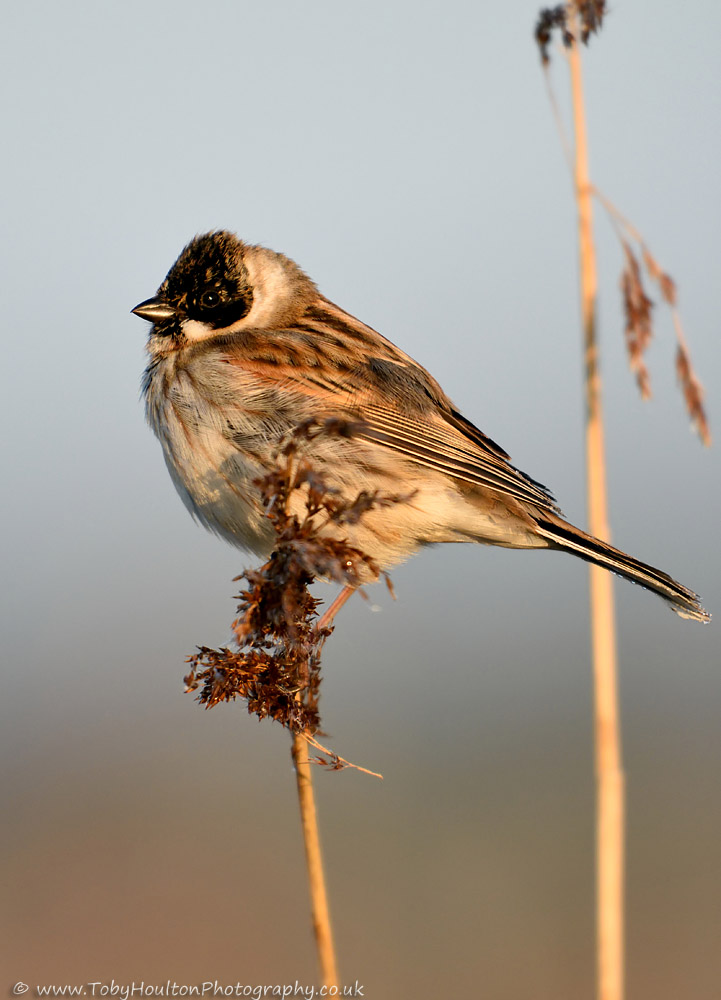 Moving on, and as always, keeping half an eye on the field for the Barn Owl, there were calls from a bird often heard but not so often seen, and even when it is it can be a fleeting glimpse as a family group flit across the top of the reedbed. I am of course talking about the pinging calls of the Bearded Tits. If it wasn’t for the calls you often wouldn’t have a chance at locating them. As the calls came closer the Barn owl also appeared at the far end of the field! It sat tight on a post some distance away so sitting tight seemed the best move, and I was well rewarded when a couple of stunning male Bearded Tits travelled in front of me quite high on the reeds, pinging away (link to the RSPB website with audio clip HERE). I shoot in Manual mode pretty much at all times and when the birds are between me and the rising sun, the camera can easily get confused about exposure. Another tip – get your exposure readings from a point prior to when the shot arrives (shoot a similar test shot) so that you know you have it right before the moment is passed. 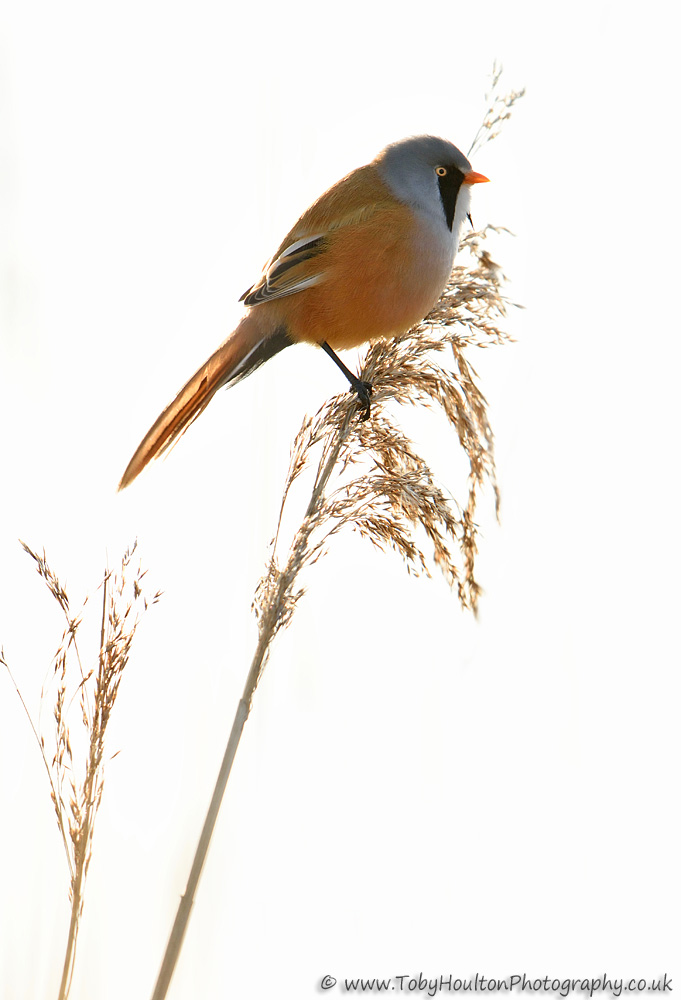 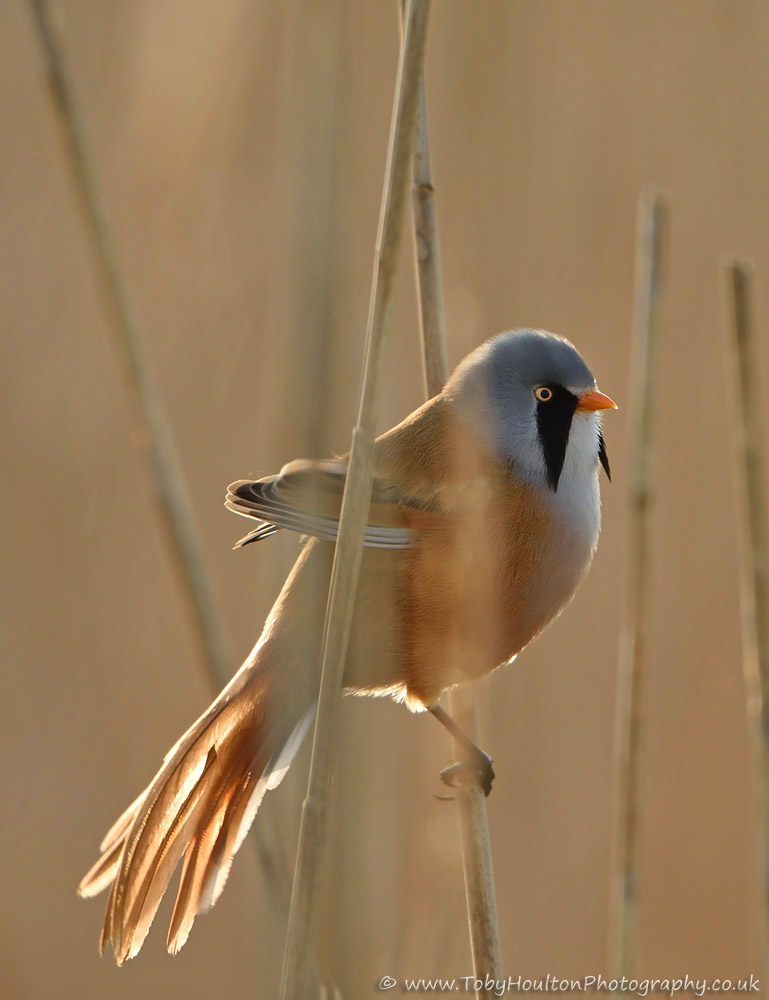 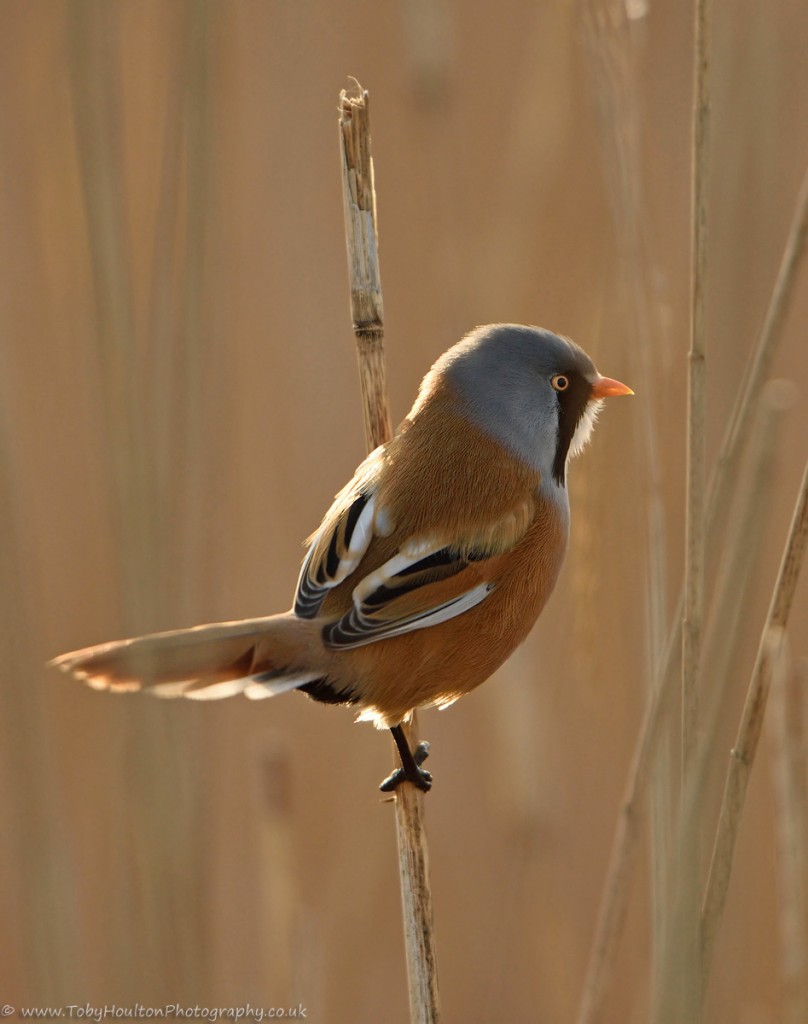 And finally…the closest I’ve come to a shot I’ve been after for some time – it didn’t quite meet exactly what I was looking for – these little birds just love to skulk in the reedbed and trying to get a “clean” shot of them is always a challenge. It was close though! 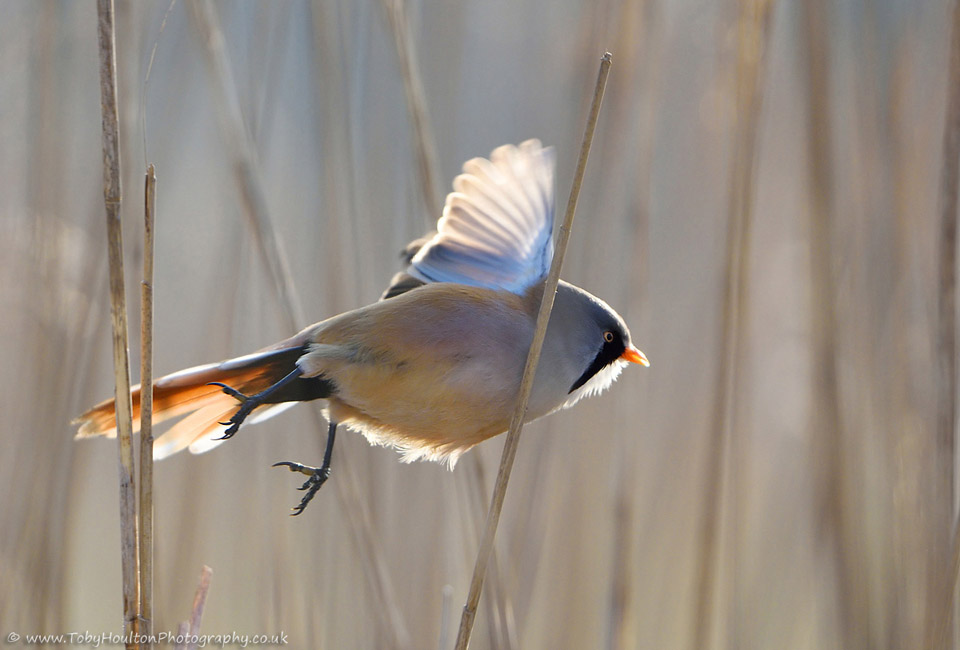 I know these birds are with us year round and aren’t migrants, but I can only think their excited pings were their search for a female given that they were all males.

Migrant wise, that was about it for anything different although this week I’ve seen my first House Martins, loads of Chiff Chaffs and one of my favourite Warblers in song, the Blackcap.

The hide didn’t turn up much of note although the scrub on the way back did have a bird that I seldom get a chance to photograph – the Linnet, in amongst the brambles. Quite a lovely looking bird when you get a good view. 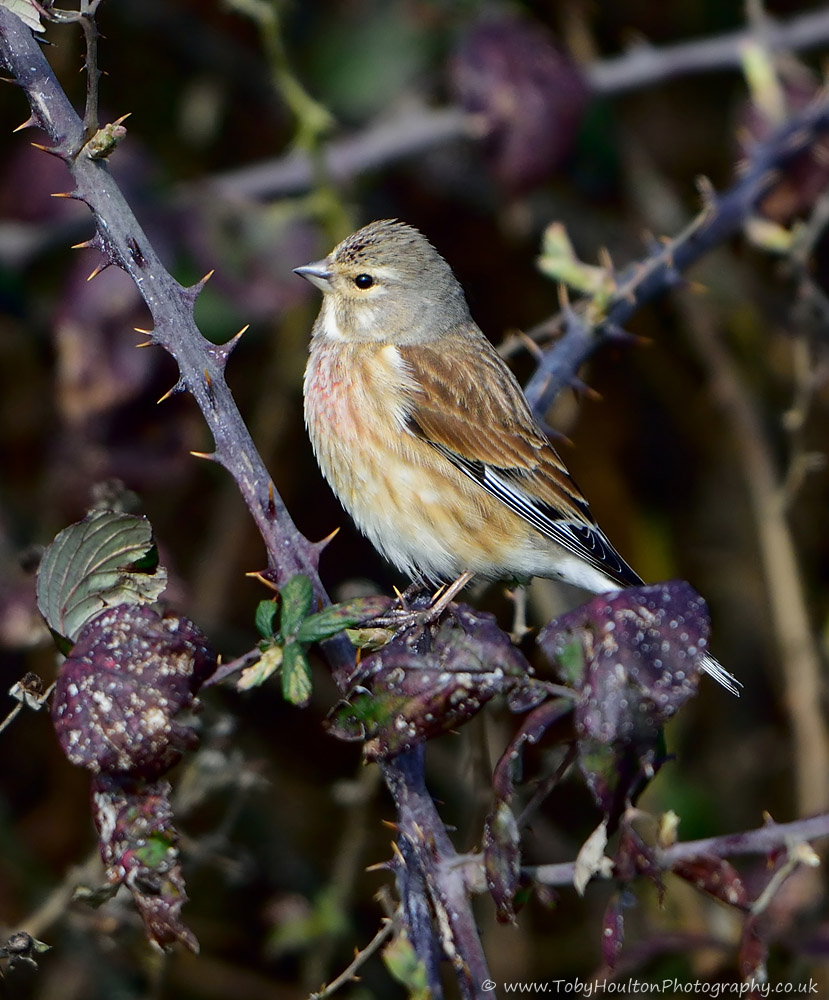 Hope you enjoyed the images. Next update more garden Foxes and a trip to find Adders