North Uist in the Outer Hebrides of Scotland has been on my “want to visit” list for some years. Known for it’s outstanding wildlife I just had to give it a try and, after moving to Scotland in 2017, the logisitics of the trip became much easier – basically load the car, drive 3 and half hours to (almost) the tip of the Isle Of Skye and drive onto a ferry.

So in June of this year we did exactly that. A short ferry trip later and we were driving towards our B&B situated on the Northwest of the island near Loch Sanndaraigh. We chose this location as it’s near to the RSPB reserve of Balranald which is know for Corncrake amongst many other species.

After arriving late afternoon I had a quick walk around the surrounding area to get the layout. Instantly noticeable was the amount of wading birds (and young) that were in nearby fields. I’ve never seen so many lapwing. Also what struck me, especially in the area we were, there are lots of fenced off fields and plots of land that sandwich the single track roads. All those Snipe / Redshank / other birds perched on photogenic posts i’ve seen from this place now makes sense!

So, first morning is a really early start to try and see Corncrake along the approach road to Balranald. Hopefully that early will mean very little other traffic so we (my wife and I) can crawl along in the car with the windows open and take shots from the car. A drizzly grey day didn’t make shots easy but plenty to see and point a camera at – 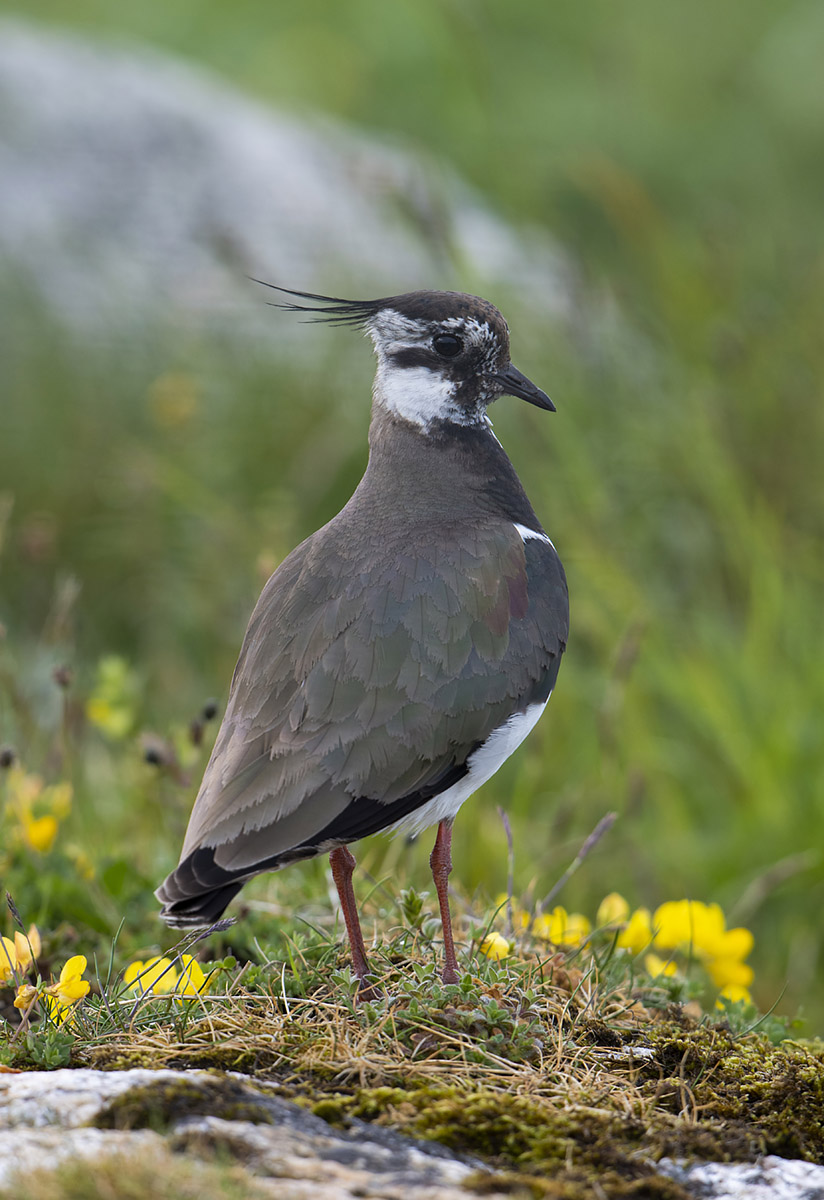 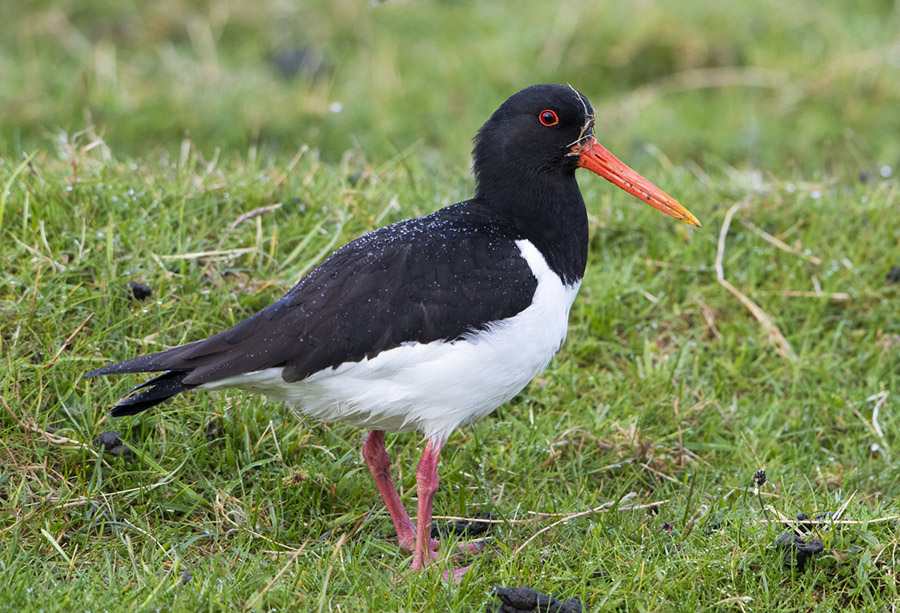 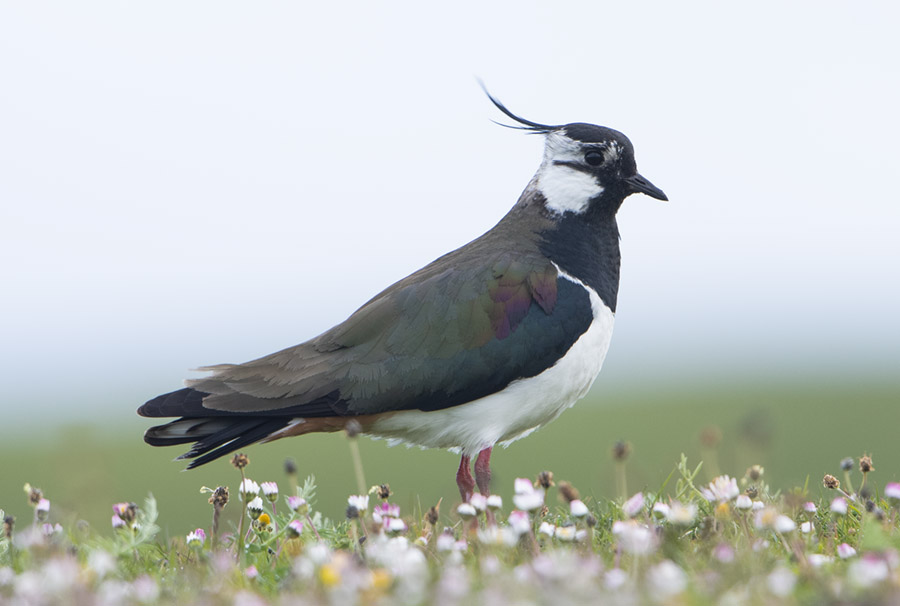 Lapwing amongst the daisies

The Corncrake were certainly there – their calls often heard but glimpses were frustratingly difficult. I did manage just a couple of poor images (these are quite heavy crops) of the ones we did see. Still – you don’t get great images every attempt! 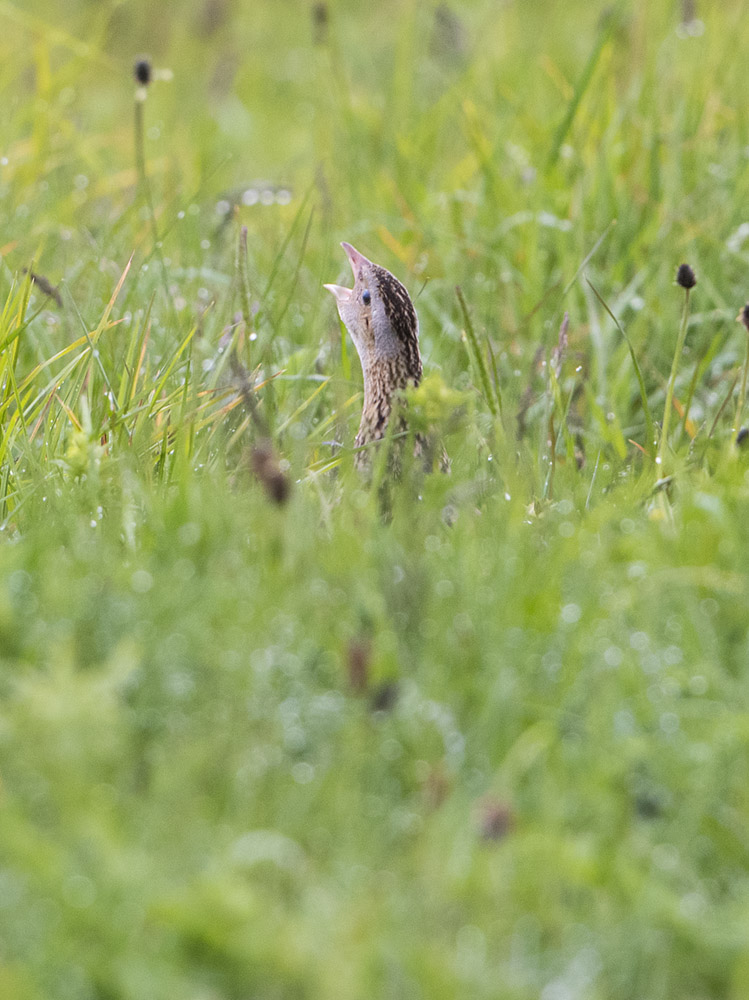 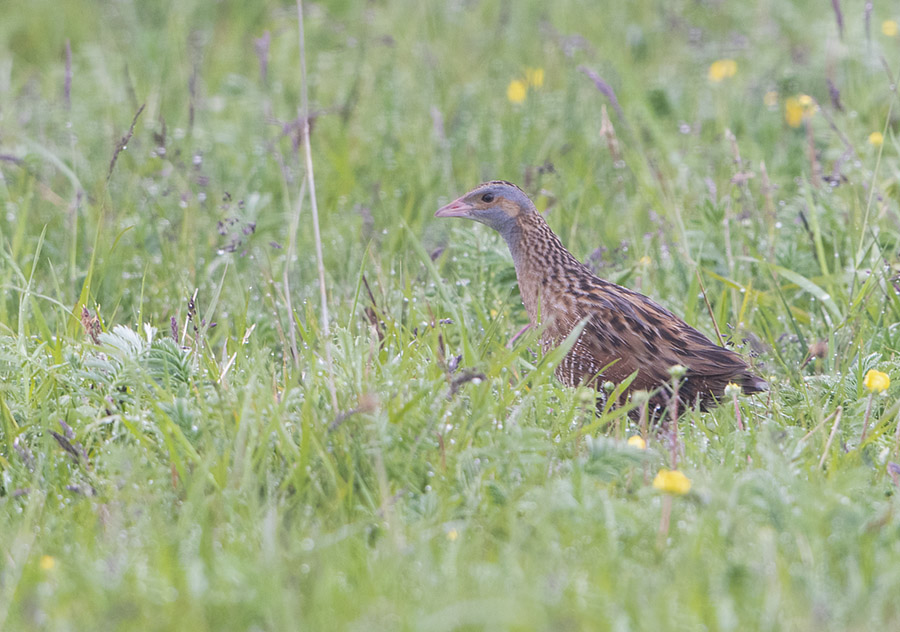 So far so good though – I had never seen a Corncrake so first attempt success is always welcome! The tip is to come earlier in the year before the vegetation gets too high – then they are a bit easier to spot.

A bit more of a drive around, mostly down single track roads and spotted a visitor not welcomed by the local lapwing family. 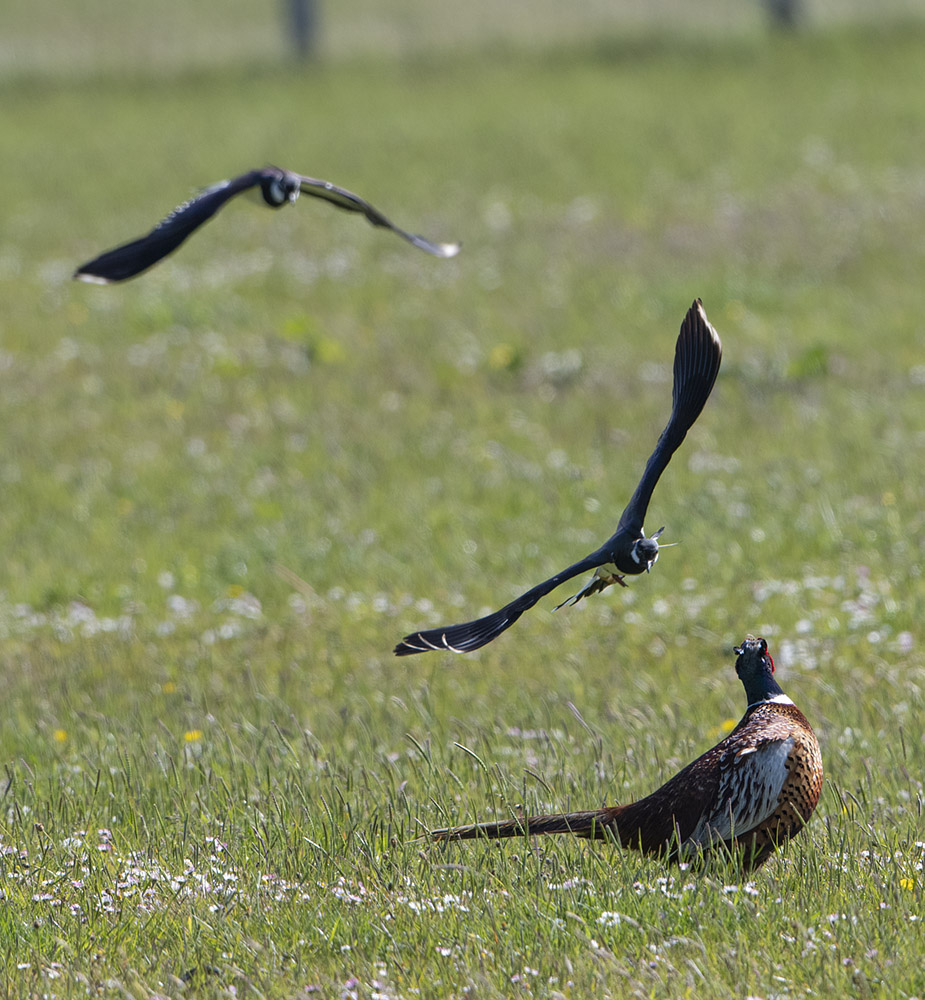 For the afternoon we headed to a local beach, directed by our hosts. The beaches here are stunning! Mainly white sand that stretches for miles and crystal clear water. You could be forgiven for thinking it was the caribbean. The area we headed to was the mouth of Loch Phaibeil – there is a lovely deeper channel where the water floods in and out to fill the loch and looked a perfect place to spend some time working out what the birds were doing. It’s a great place for smaller waders so I laid out on the sand trying to bet images of the Dunlin as they fed at the waters edge. 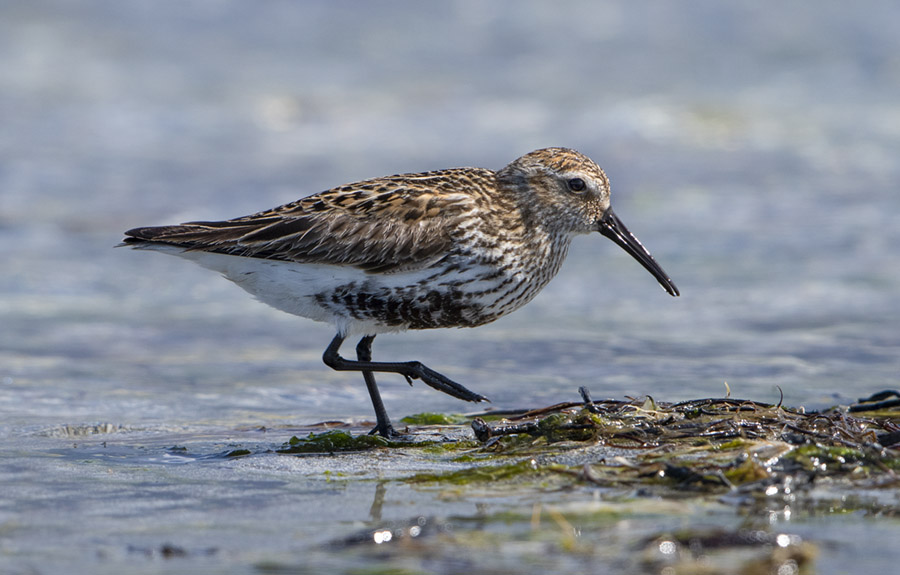 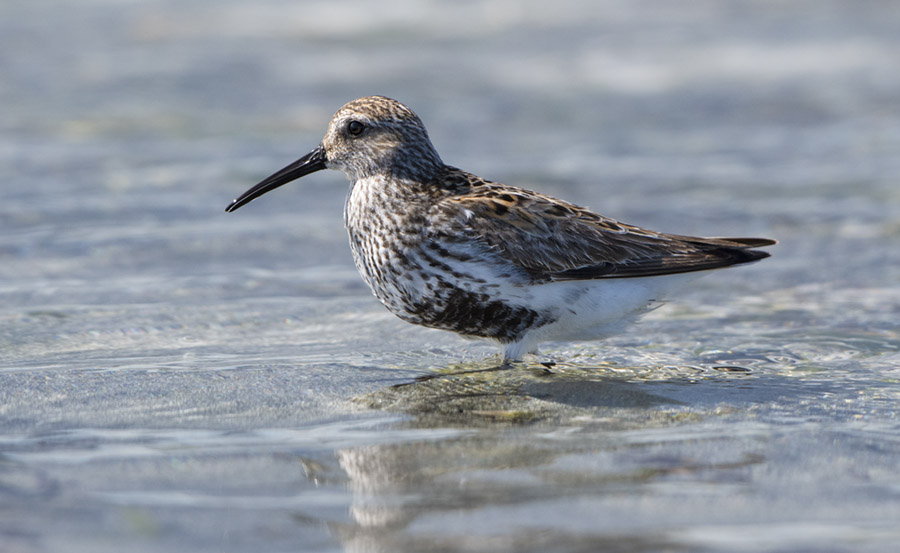 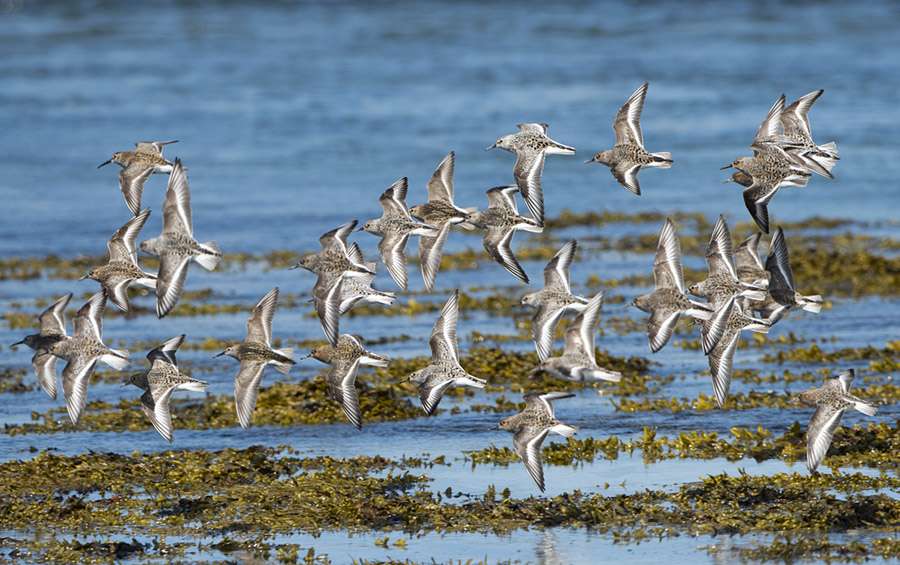 I kept my attention on the Dunlin although there were Oystercatchers around plus Shelduck and Eiders in the channel but they kept their distance despite me being laid flat.

Our walk back to the car (through fields) earned us the inevitable escorts from worried parents. It doesn’t really matter where you go at this time of year, there are so many nesting birds that wherever you walk (sticking to established paths of course) you will be accompanied by Redshank, Lapwing and Oystercatchers flying up and sounding the alarm. I try to take just a few images and move on. Even if you aren’t the object of concern, the crows and gulls guarantee there is always something to shout a warning about. 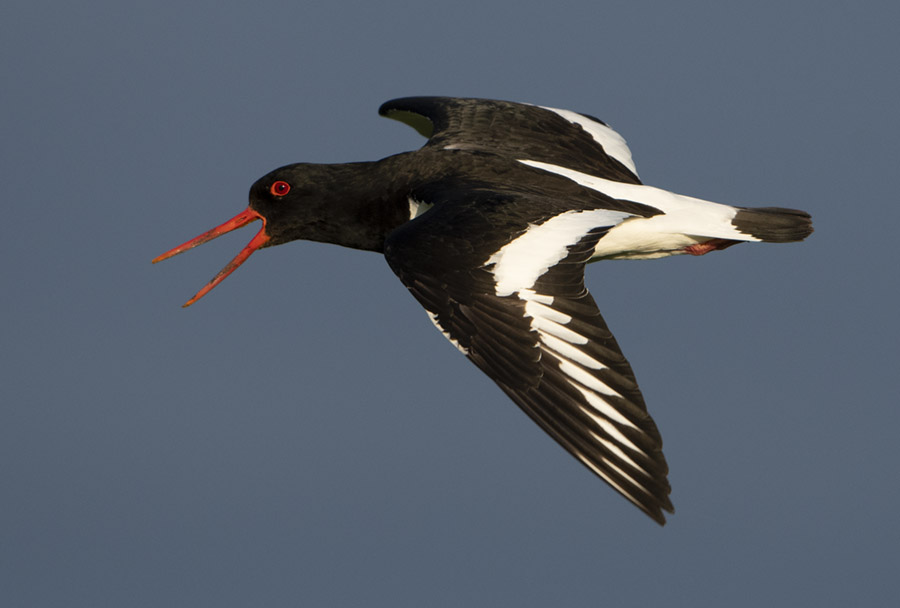 Get off my land! 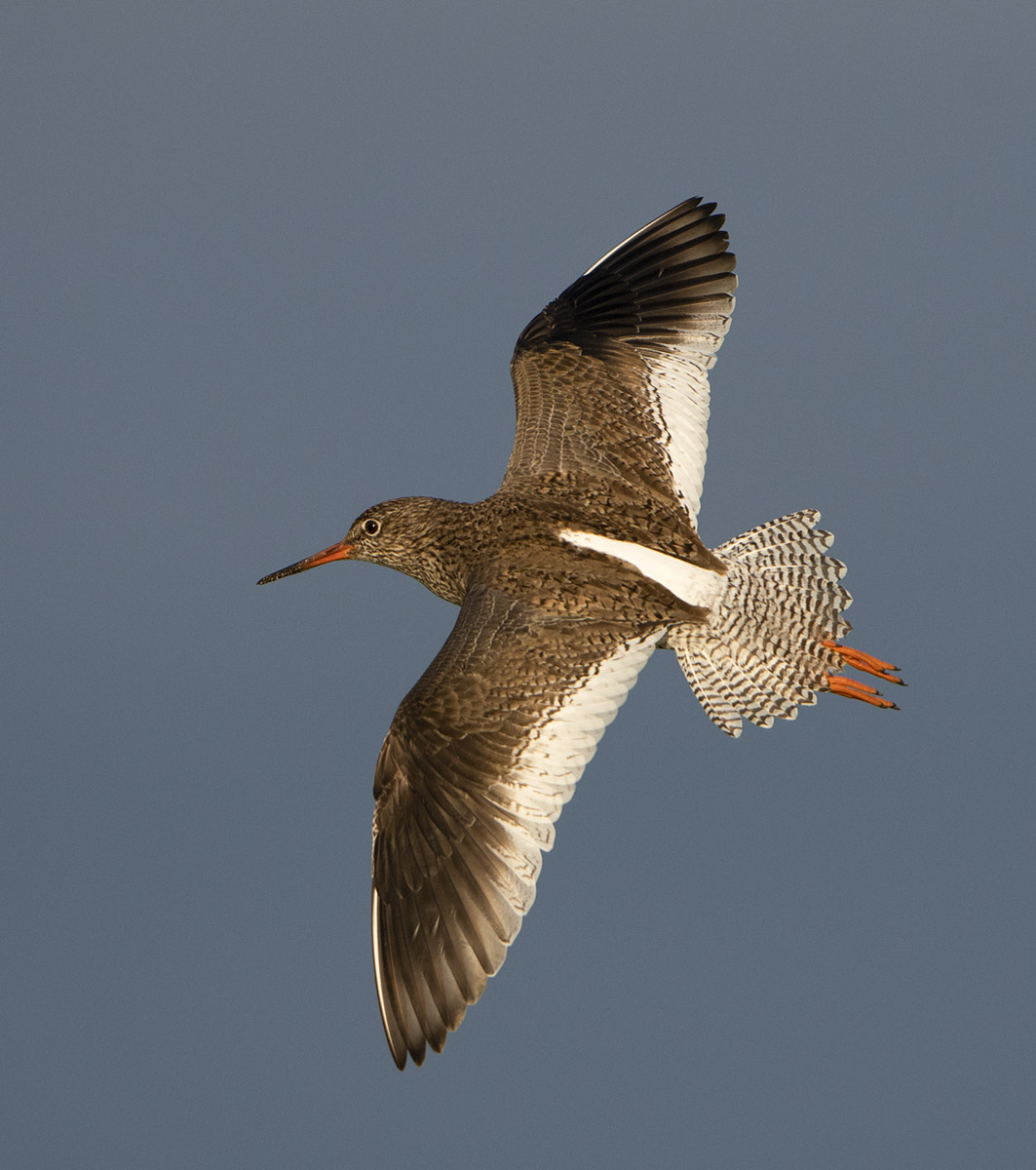 Back to the B&B and still hearing the sound of Corncrake right outside the windows. My first full day is over but has made quite an impression. Day 2 report to follow shortly (when I get round to it!).