Finally, after what seems to have been a winter devoid of decent light the weather is picking up and the glimpses of sun have spurred the wildlife into action for the breeding season.

After a recent trip to Rye where I saw (for the first time despite my hours spent on site) Short Eared Owls, but only close enough for record shots, I thought I’d head down to the harbour really early to catch the rising sun. There’s always the chance of something unusual too but I always feel I need to be the first round the paths to have a decent chance before anything has the chance to spook it.

What I love is that sound as you get closer to the pools and nesting islands at this time of year. The cacophany of the Black Headed Gulls and the shrill calls of the terns overhead is quite evocative and always means plenty of opportunity. I wanted to try and get some backlit shots as the sun rose so made sure I was there and in place around 30 minutes before sun up. I’m still trying to get to grips with the best way to expose for these shots but managed a couple which gave me further ideas for the future. The best thing about being there in place before sunrise is actually watching the sun come up and witnessing the change in the light, quite spectactular when the morning is right. 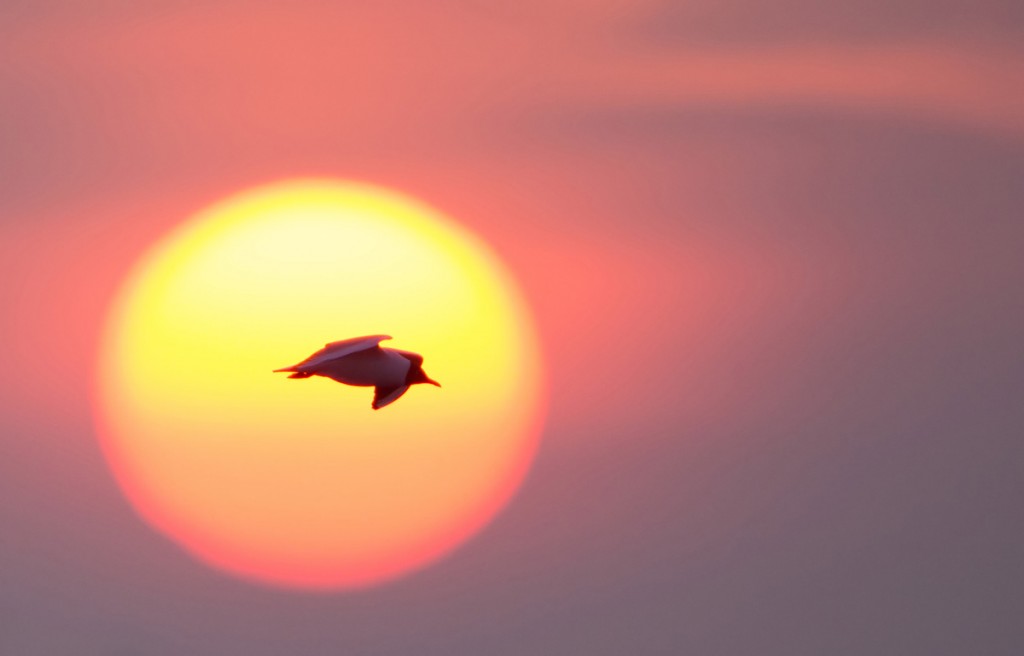 As expected there were plenty of birds wheeling around but I still found it really difficult to get more than a few shots I was happy with, it’s actually a bit harder than it seems! One shot that I did like the lighting on was this interaction between a pair of gulls – 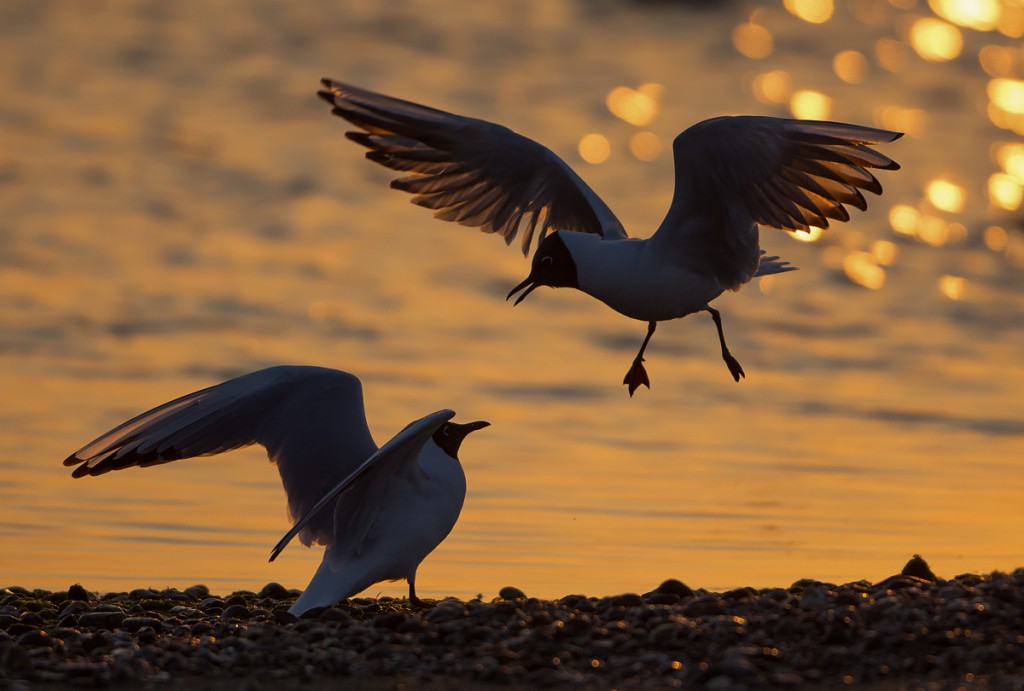 A good practice but within 20 minutes or so the light has completely changed and time to switch to more conventional shots.

The Black Headed Gulls were in busy mode and many were gathering nesting material for their nests so always a great chance for a photo or two. 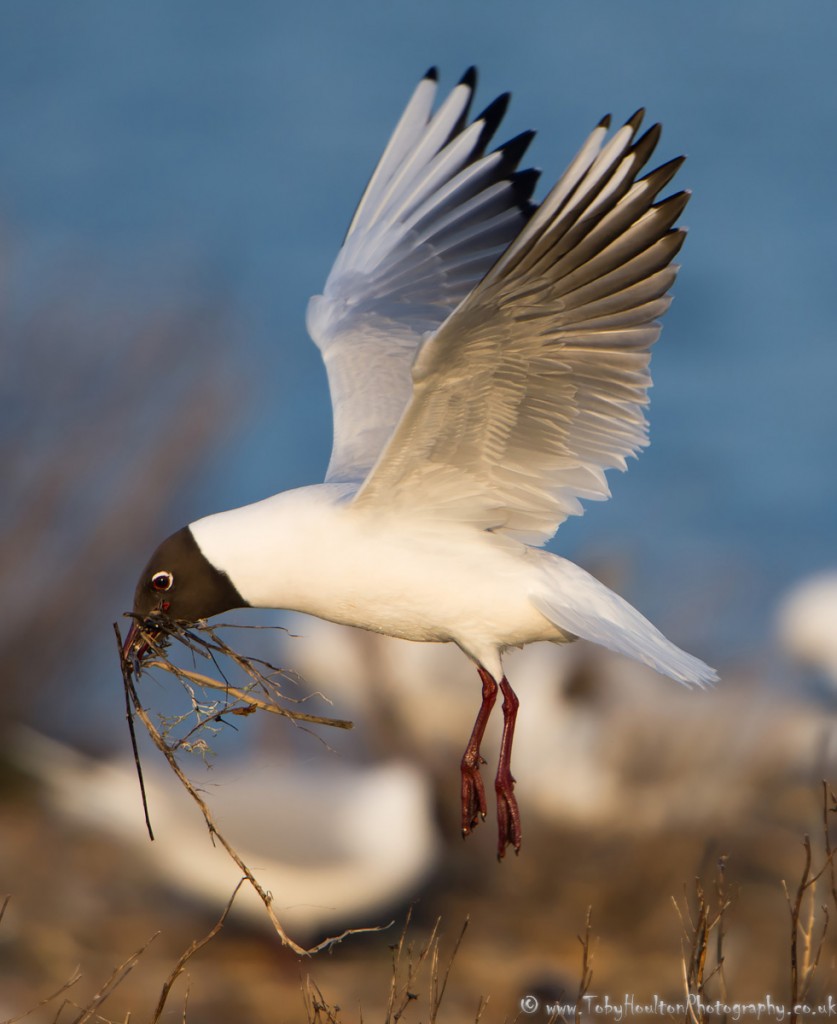 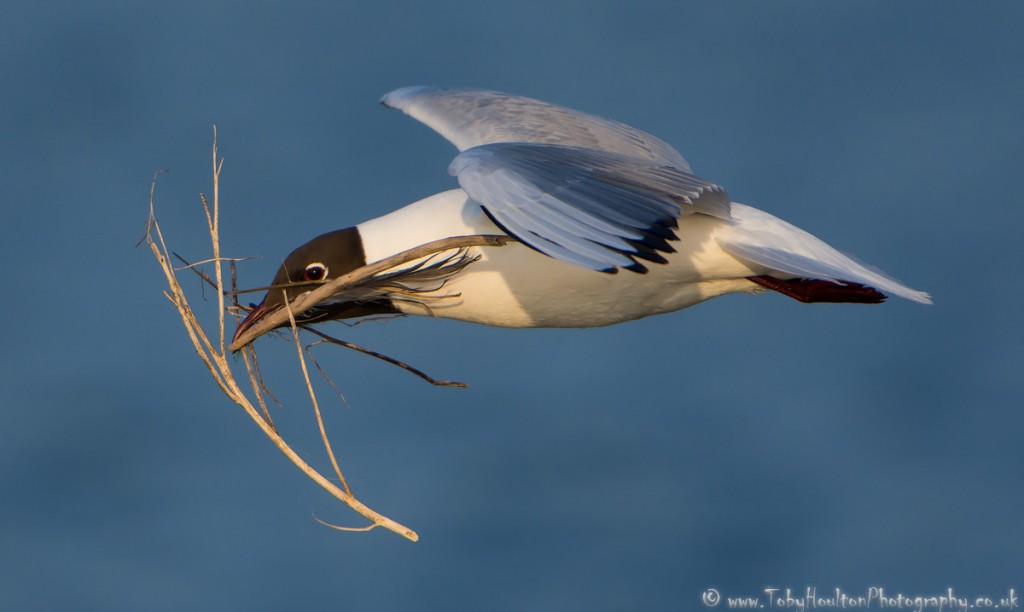 There were also one or two other waterbirds around but it was really noticeable that the bulk of the wildfowl had moved on with only the resident duck species easily visible. One which I see often at distance but it appears to be rather shy at this site is the Shelduck, the first time one has been close enough to get reasonable images – this one was feeding on a shallow bank just out from the hide – 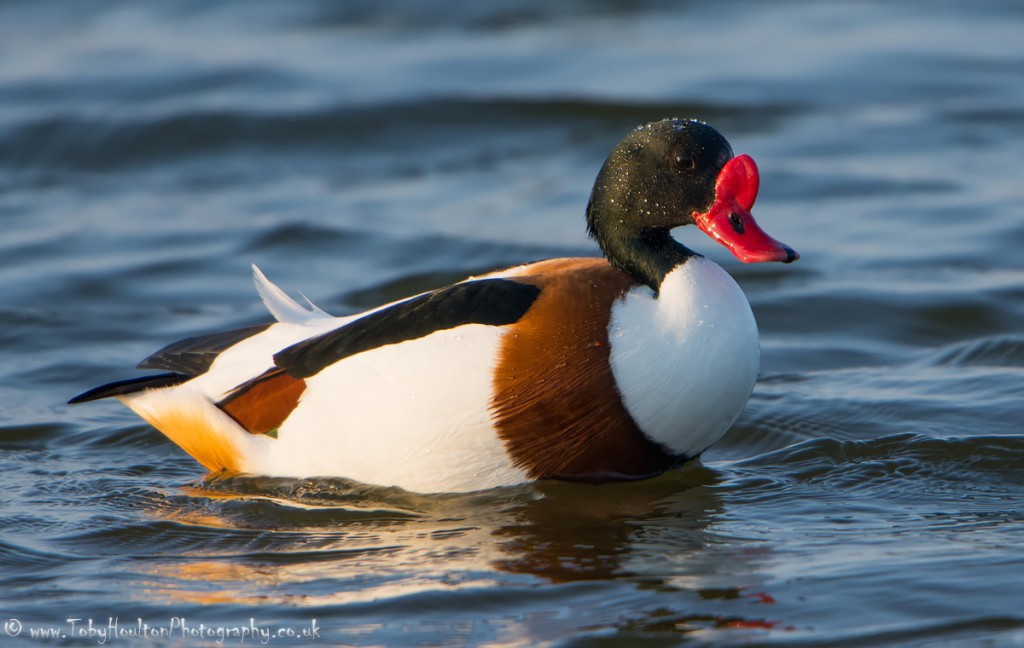 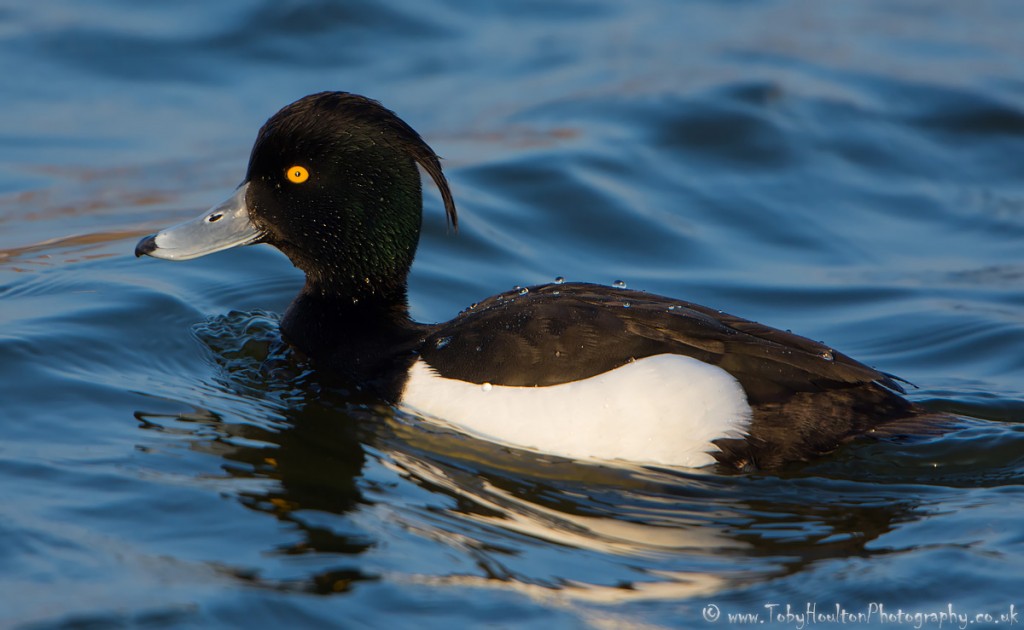 If you keep your eyes and ears open there is also another gull of interest, a scarce visitor in the shape of Mediterranean Gulls. These are really attractive birds and I was lucky enough to have a couple of pairs spend a short time on the shingle island in front of me – 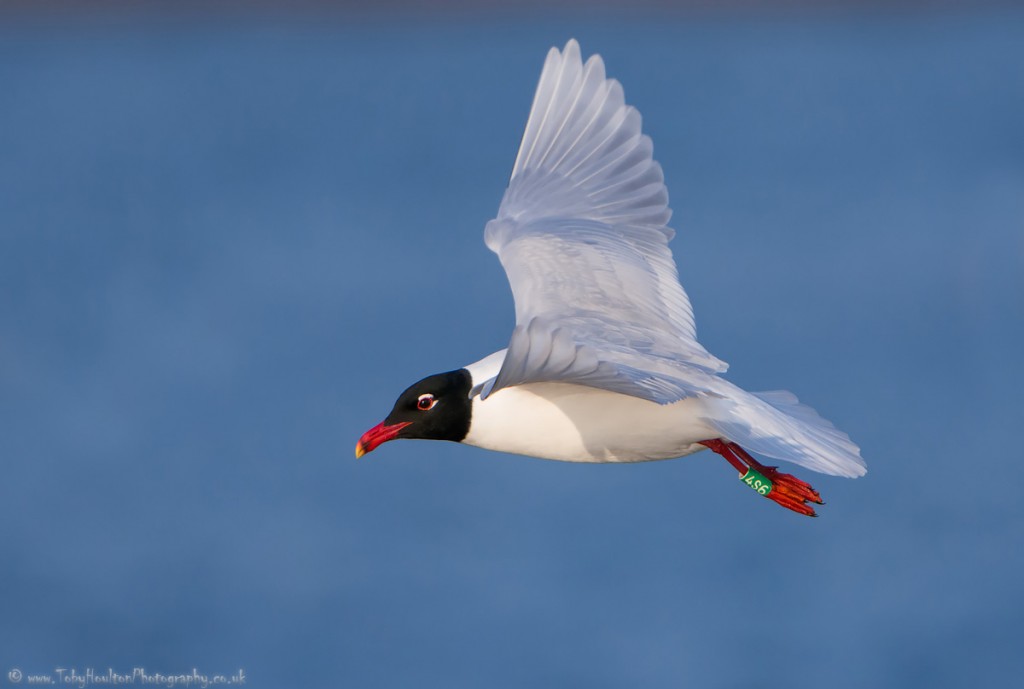 I have reported the sighting above so that the data can be gathered about the leg ring. I had a quick look online and the ring seems to indicate the bird has come from France. Just a quick hop over the channel then. I would encourage anyone to report sightings as the information really helps build a good picture of the movement of any ringed bird. 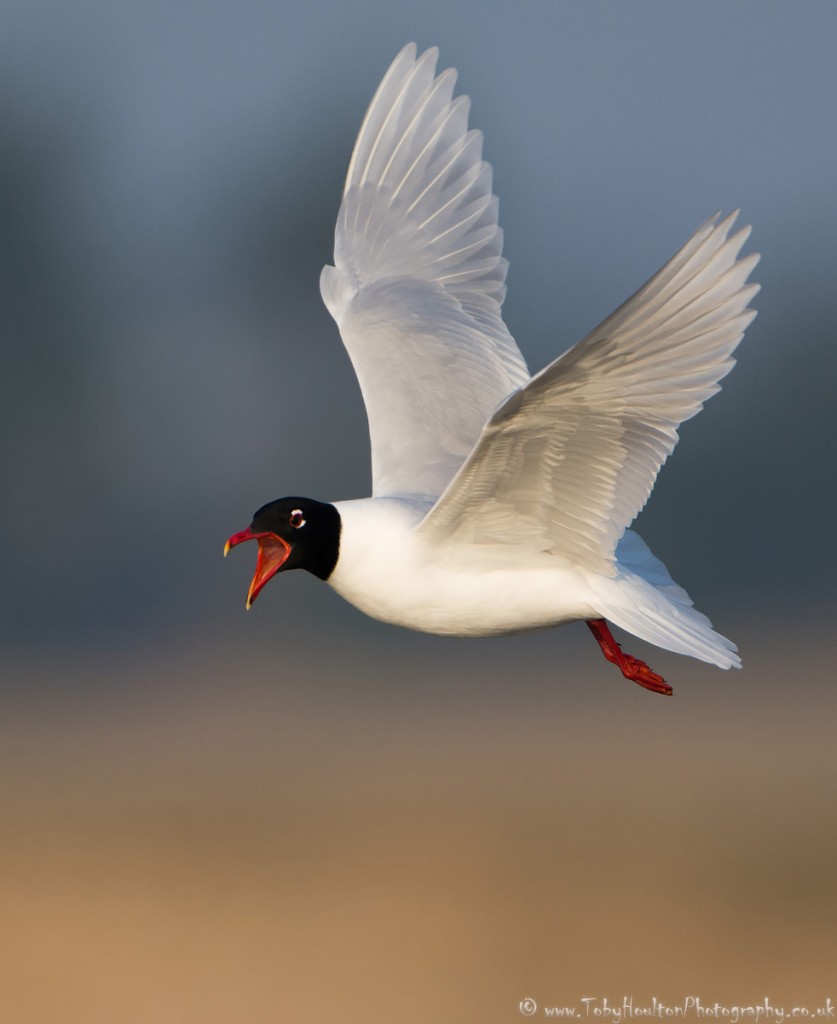 No Short Eared Owls on this visit but still some great action and loads to see.

Additionally the garden is also showing signs of spring. As you’ll probably know I try to help nature along wherever I can and so have put out animal wool for the birds to gather for nesting. It’s a shame that the first interest coincided with awful grey skies but still interesting behaviour – 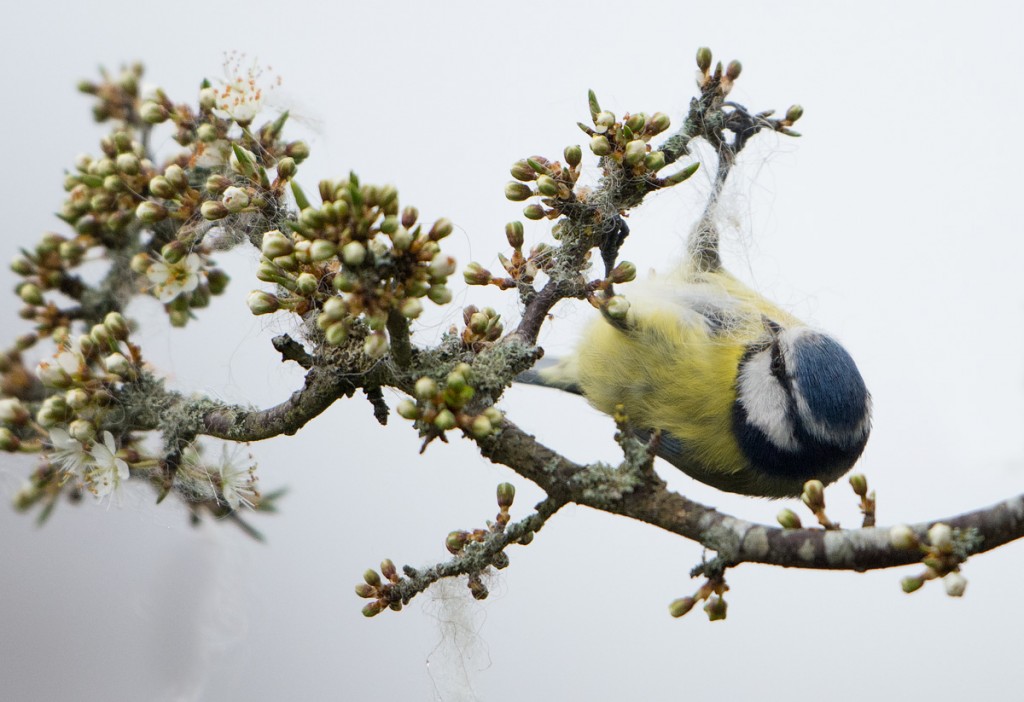 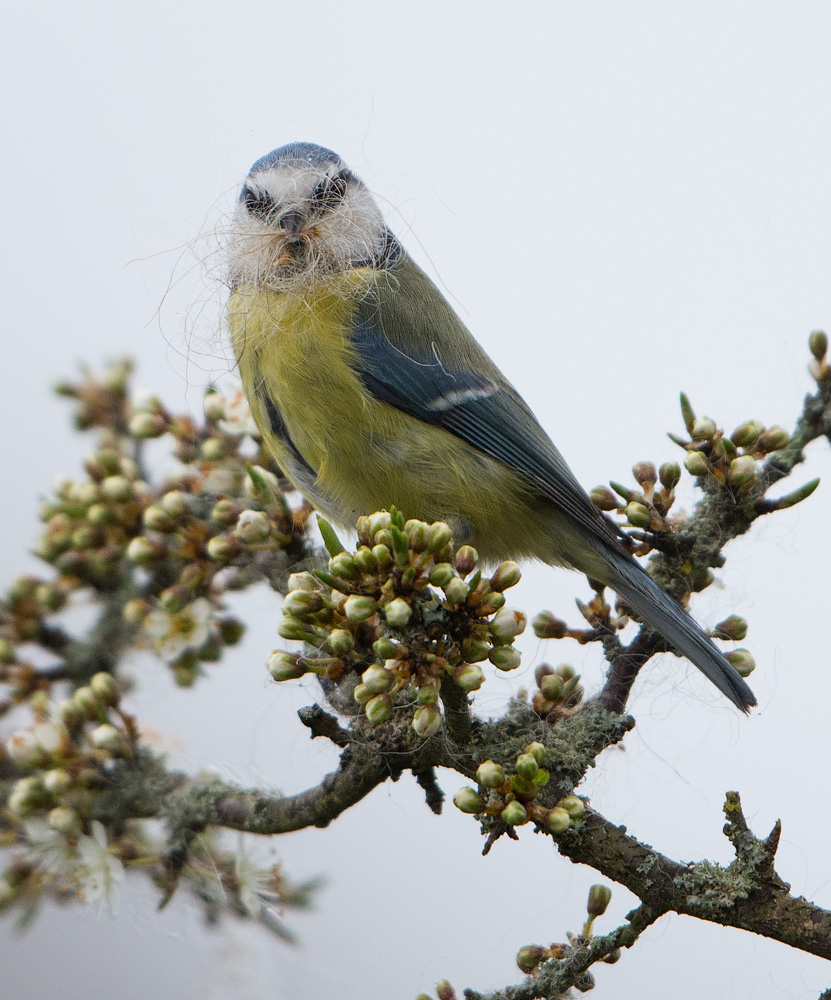 I highly recommend collecting wool if you see it while out walking or try to source some woolpack insulation, which is what I’ve used in the above photos. This came with a meat delivery for Xmas!

Another tip is to leave apples out for the birds to eat. You may think this is mainly a winter thing for birds such as Fieldfare, Redwing and Blackbirds but they actually still get plenty of attention in springtime. Mostly it will be the Bluetits that will be having a quick snack but if you are lucky enough to get passing (or even long staying) Blackcaps they will love it! 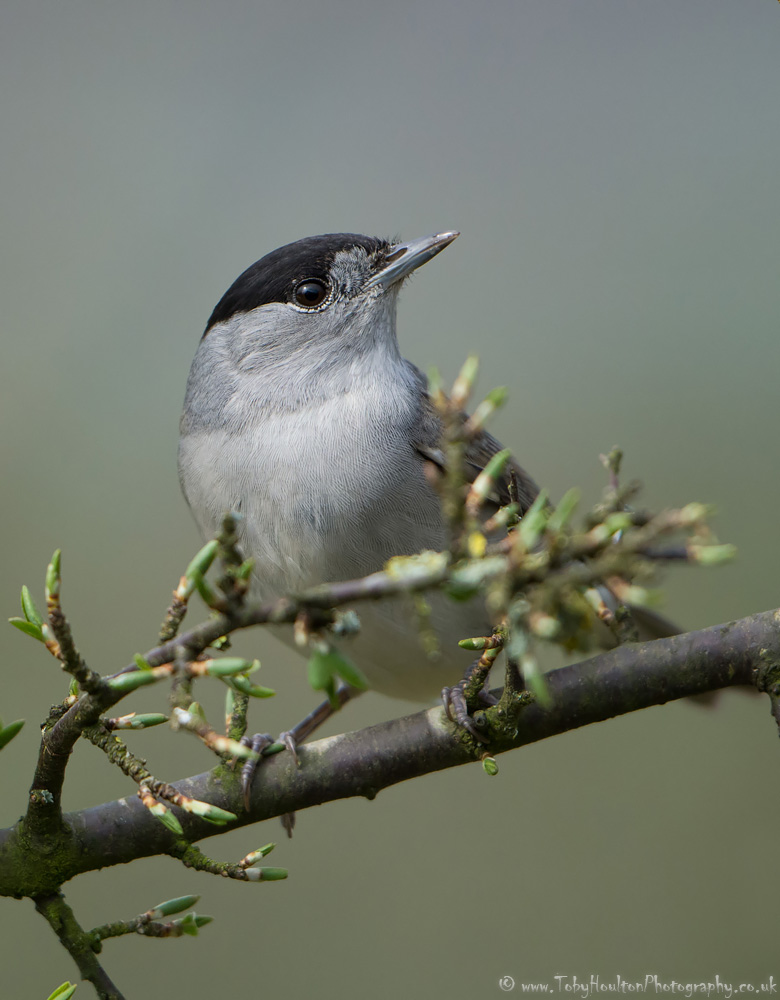 Blackcap portrait of a garden visitor

Blackcap eating from apple in my garden