The accommodation that we chose was situated in the village of Buckley, just along from Bempton. Just along the road, next to a pond is a lane that goes up through farmland and eventually leads to the cliffs. The lane is mainly lined with thick hedges and was great for farmland birds. Every walk was accompanied by Linnets, Yellowhammers (mainly distant) and more Tree Sparrows. I didn’t spot Corn Bunting but I’m sure they must be here. There is also a small cut-in on the left as you walk up the first part of the lane which allows a great view over the pond and surrounding meadow and fields. I was told that a Barn Owl hunts here in the evenings. I’ll come back to that….

My first walk up the lane was without any gear on a windy and drizzly day (hooray for reliable British summers!). I knew I was getting close to the cliffs when I started seeing the graceful Gannets drifting past a few hundred yards away. As this isn’t actually part of the RSPB reserve it’s actually possible to walk right up to the edge of the cliff. Disclaimer time!! – I’m not suggesting you go close to the edge, you are entirely reponsible for your own actions – use your common sense!

The sight that greeted me at the cliff edge was amazing. I could just sit and have Razorbills and Gannets almost hovering in front of me. The strong Easterly wind meant they were having fun landing on the ledges and so faced the wind to “back in”. The light was awful but I knew I’d have to come back in the afternoon to try my luck. 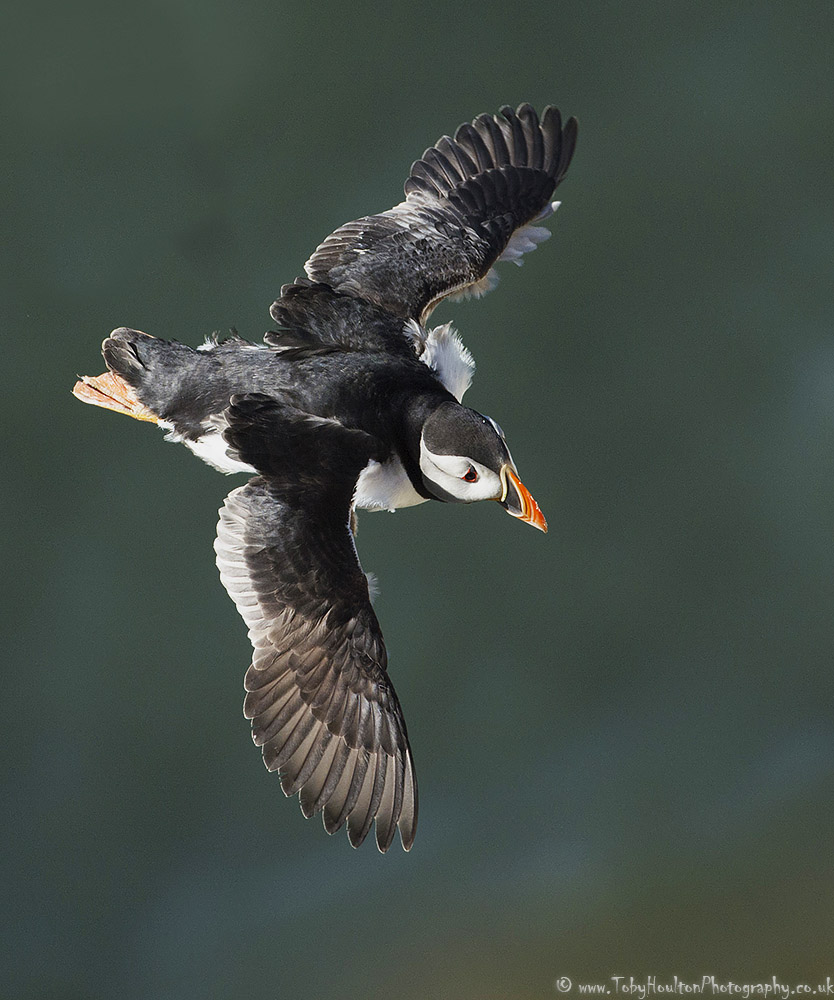 It’s not often you get a chance to photograph flying birds from above and, even though there were plenty of subjects, it’s still really difficult. I found the method that worked for me was to watch a certain area, catch your subject early and follow it in, hoping that it would get close enough. Certainly made my arm ache! 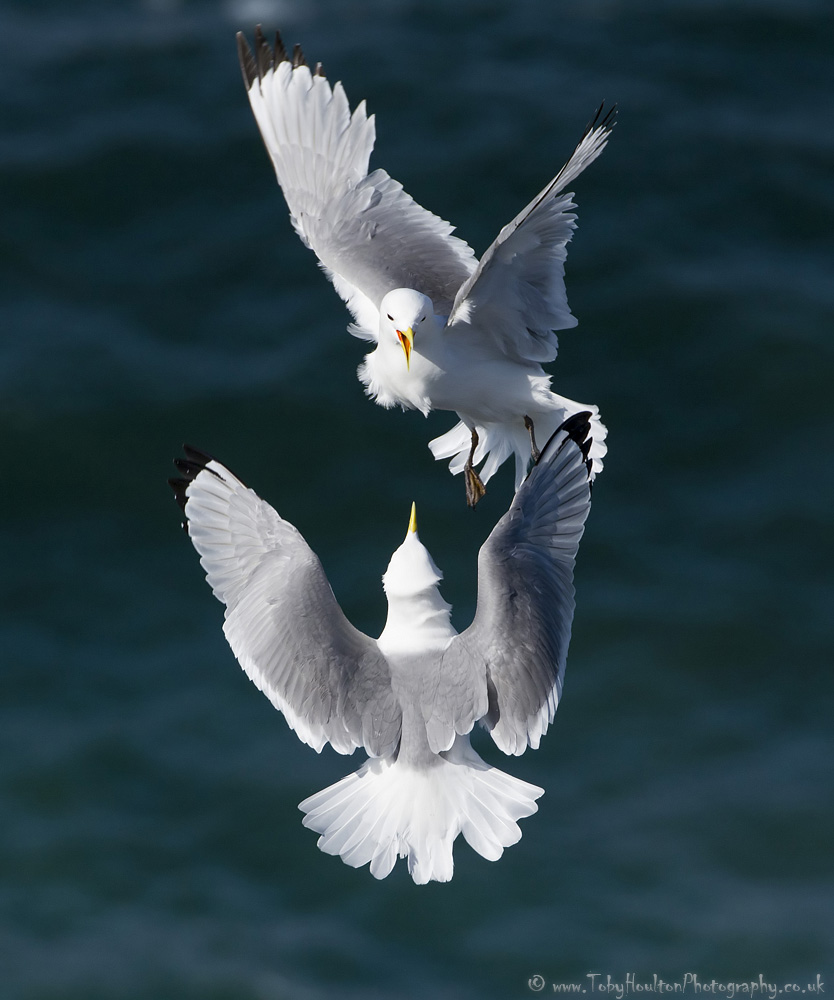 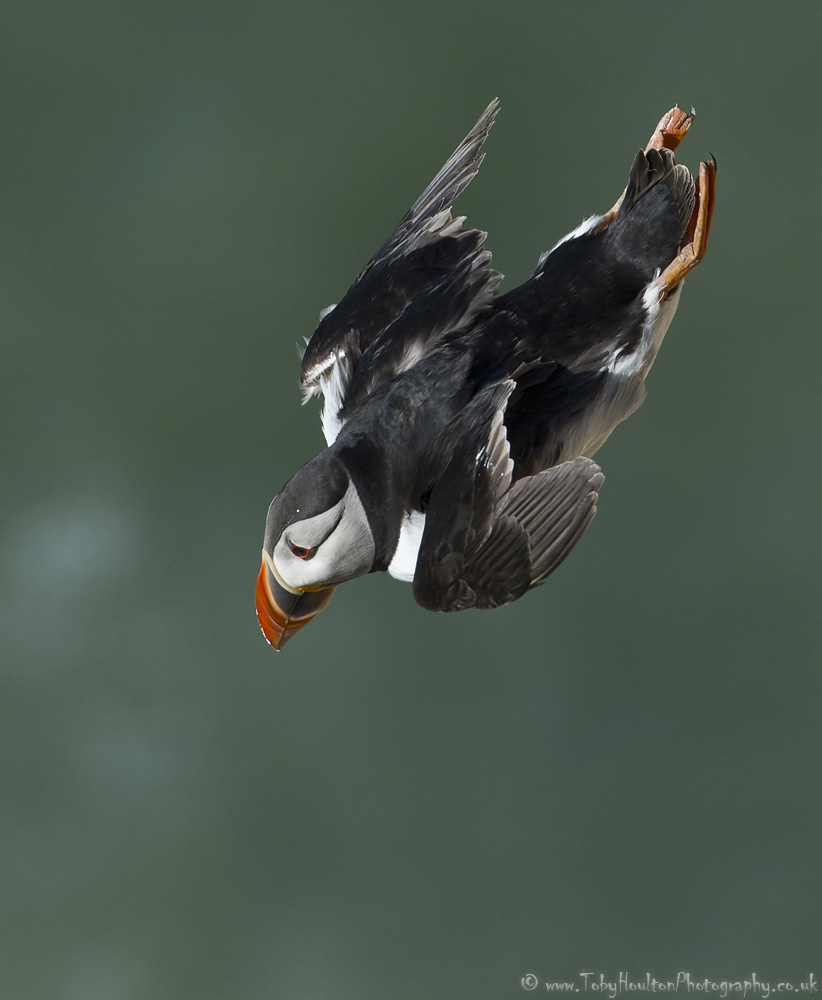 Sometimes you just happen to be in the right place at the right time and an opportunity presents itself. A bird that I’d often hoped to see but have never managed to photograph suddenly spiralled up in front of me. I had an idea it was coming as all the Kittiwakes flew straight out from the cliff face, a sign I was to see a few times over the week. And there it was…..having a good look at us to see what we were up to – a Peregrine Falcon –

Spotted by a Peregrine Falcon 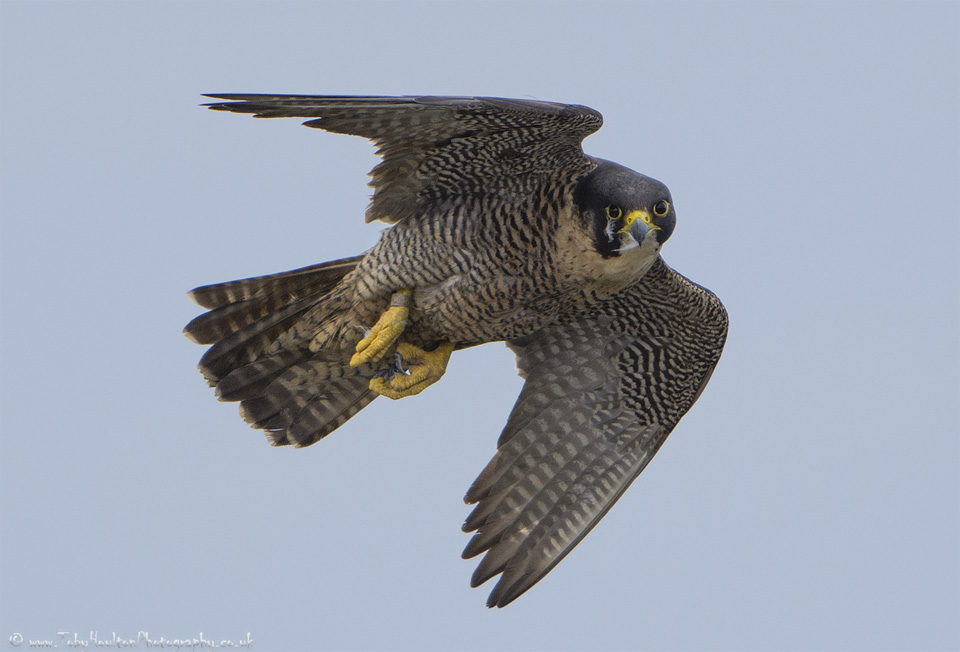 Peregrine Falcon checking us out

A fantastic experience and by far the best views of this stunning bird for me (and first photos). During the week I did spot the pair once or twice, normally because the Kittiwakes gave them away. It was then just a game of spot the dark flying bird amongst hundreds of other flying birds!

I found taking images of the Gannets rather addictive. I have so many flight shots I’ll really have to cut them back to just the best as I’m sure I’ll never end up using them all. One last example for now – 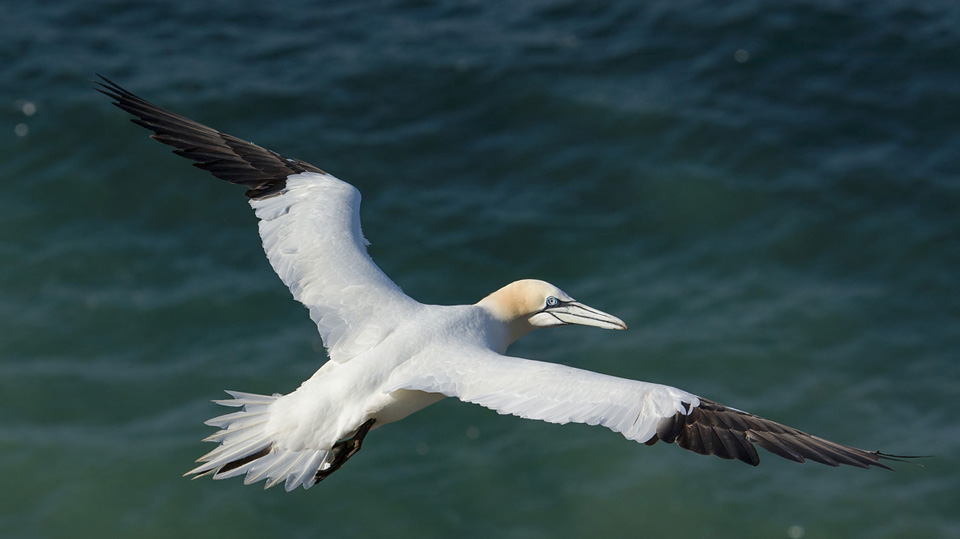 Gannet in flight (from above)

Earlier I mentioned the Barn Owl. I really wasn’t expecting to get any Owl shots from Yorkshire, but, as one of my favourite birds, I just have to try to get a few images wherever I can. I’d like to thank the visiting RSPB volunteer who advised me to try at the viewpoint in the lane in the evening. I did spot the bird on 3 seperate nights but for 2 of those it was staying over the other side of the road or was distant in the fields. As always though, persistence pays off and with a sun setting behind the bird I managed a few shots. 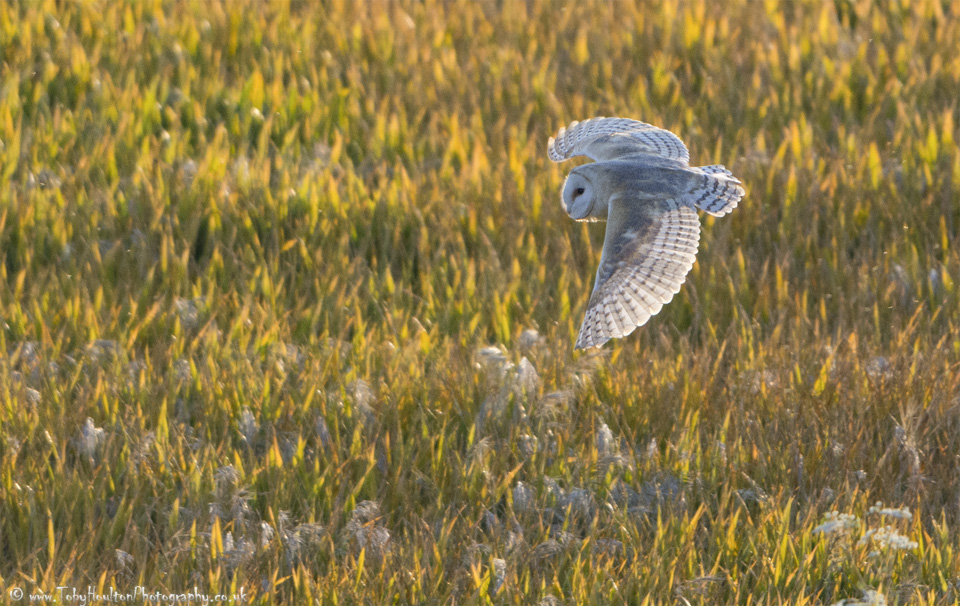 I was really hoping it would settle on the nearest post with the sun to backlight it. Instead it chose an ugly alternative with fencing in view….. 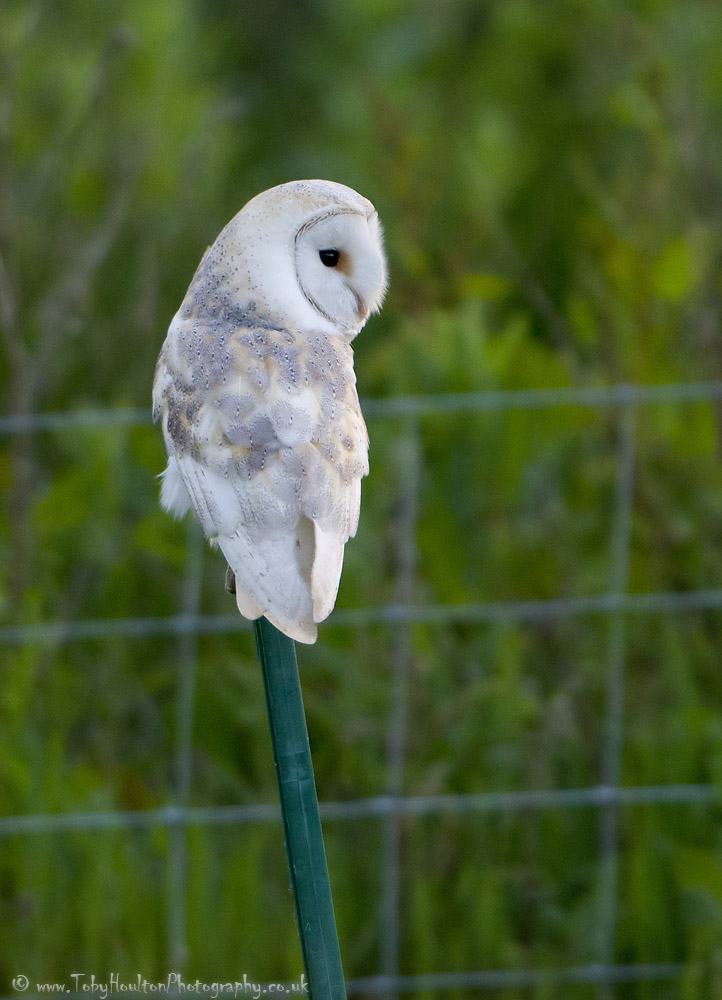 Despite the number of times I’ve taken images of Barn Owls, it’s actually the perched shots that are more difficult. The bird has to feel very comfortable to perch close enough for decent images and that often means you have to be hidden / in a hide / taking a leaf out of the sniper camouflage book. The irony of getting a decent perched shot but with a background and perch that detract from the image. Oh well…next time!. On the plus side I did get a close fly past with some lovely evening lighting – 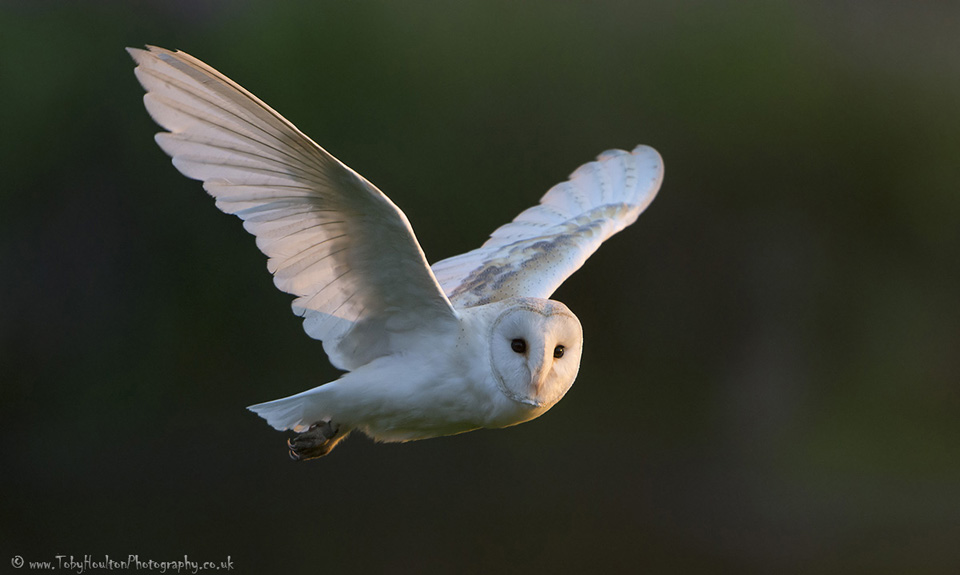 Evening fly past from a Barn Owl

I really enjoyed my visit to bempton and the surrounding area, it’s somewhere I would definitely go back to. Following our week here we then dropped down south a little to Suffolk and stayed just on the border of Minsmere, which will be the topic for my next post. Hope you enjoyed.