After an encouraging first “day” at Minsmere ( I tend to be there at the crack of dawn and leaving when most are just arriving) I was looking forward to getting back to try my luck again and the next day the weather was a little more favourable in the evening. Once again the amount of rabbits on every available piece of grassy area really struck me and with a few of the wildlfowers in bloom, made quite an attractive image – 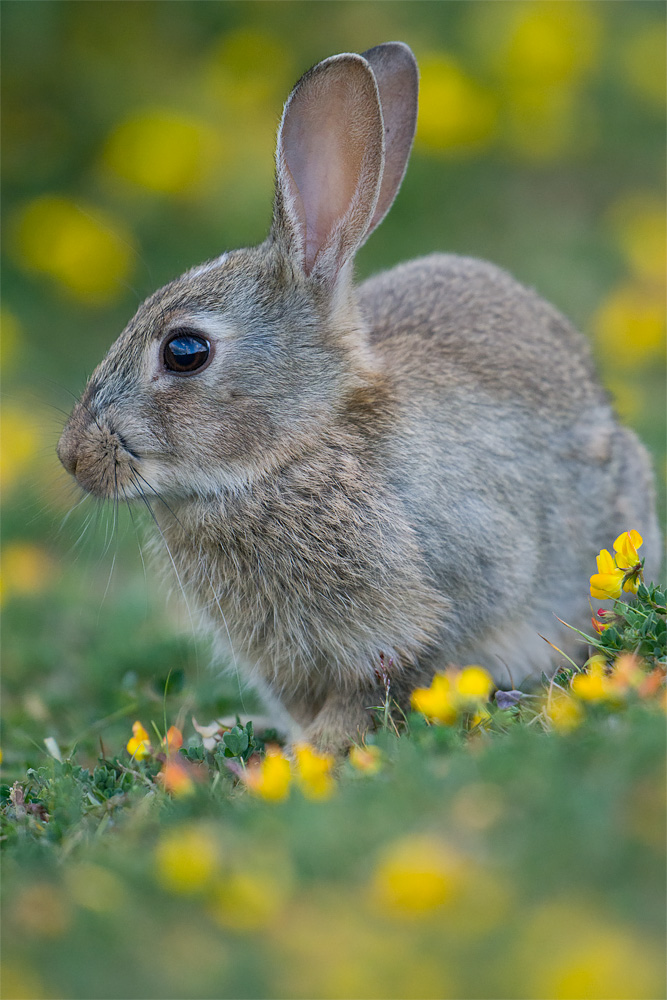 I headed back round to the East hide and was rewarded for my patience when a Spotted Redshank, a bird I’ve not photographed before, eventually made it’s way closer after feeding tantalisingly out of reach of a good shot. Even better it decided to sit not too far in front and preen for a few minutes and gave plenty of opportunity for reflection shots whilst doing so. It also had a quick bath. 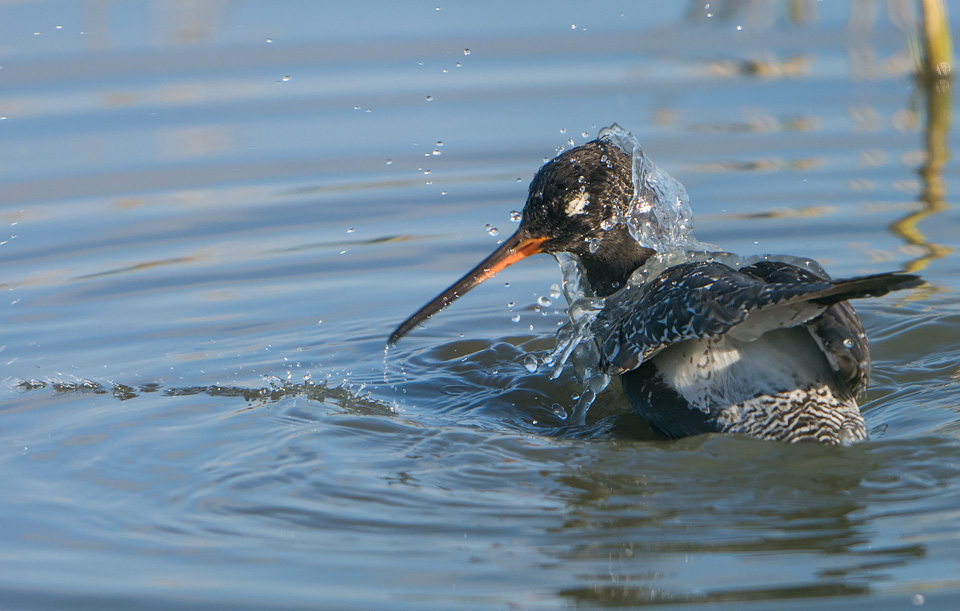 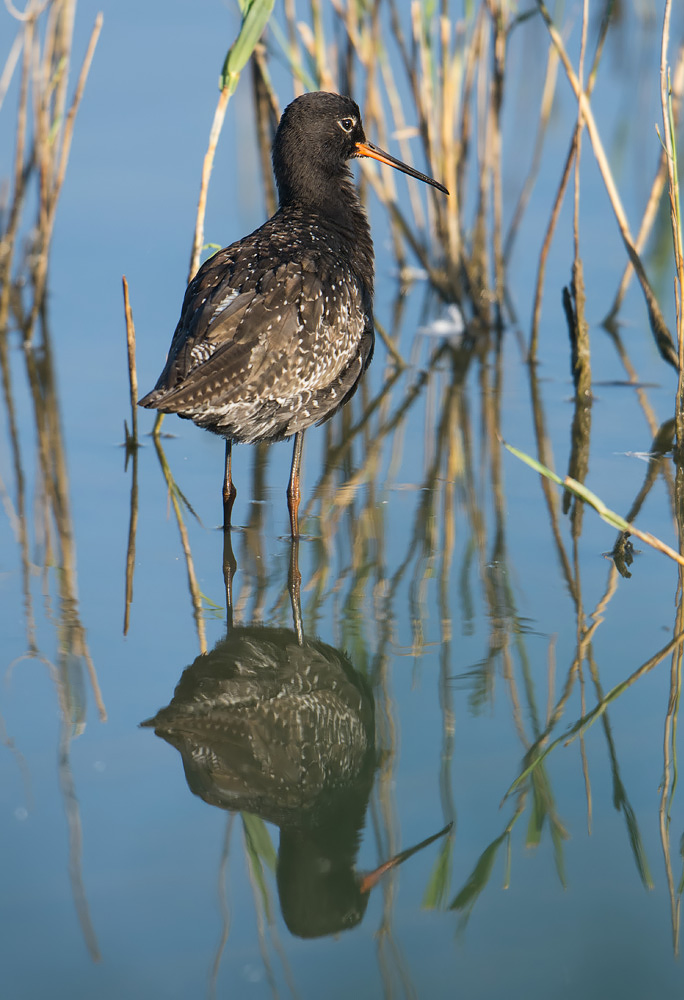 As before there was certainly not a shortage of subjects as the scrape especially was a hive of activity. The Little Egrets were again fishing right in front of the hide but just down behind the reeds. Every so often one would come a little further out and allow for some great views. This seems to be my summer for them! I took an image here that was successful in the Bird Watching “Bird Photo of the year” and was runner up for the cover star part of the competition. So far there has only been a small image in the latest (October 2015) Bird Watching magazine. I’m really hoping they will make a bit more of the images that were shortlisted or commended and maybe have more images next month or in an extra pullout. I’d love to see some of the other entries. Anyway – here’s the one from me – I just loved the pose and the display. 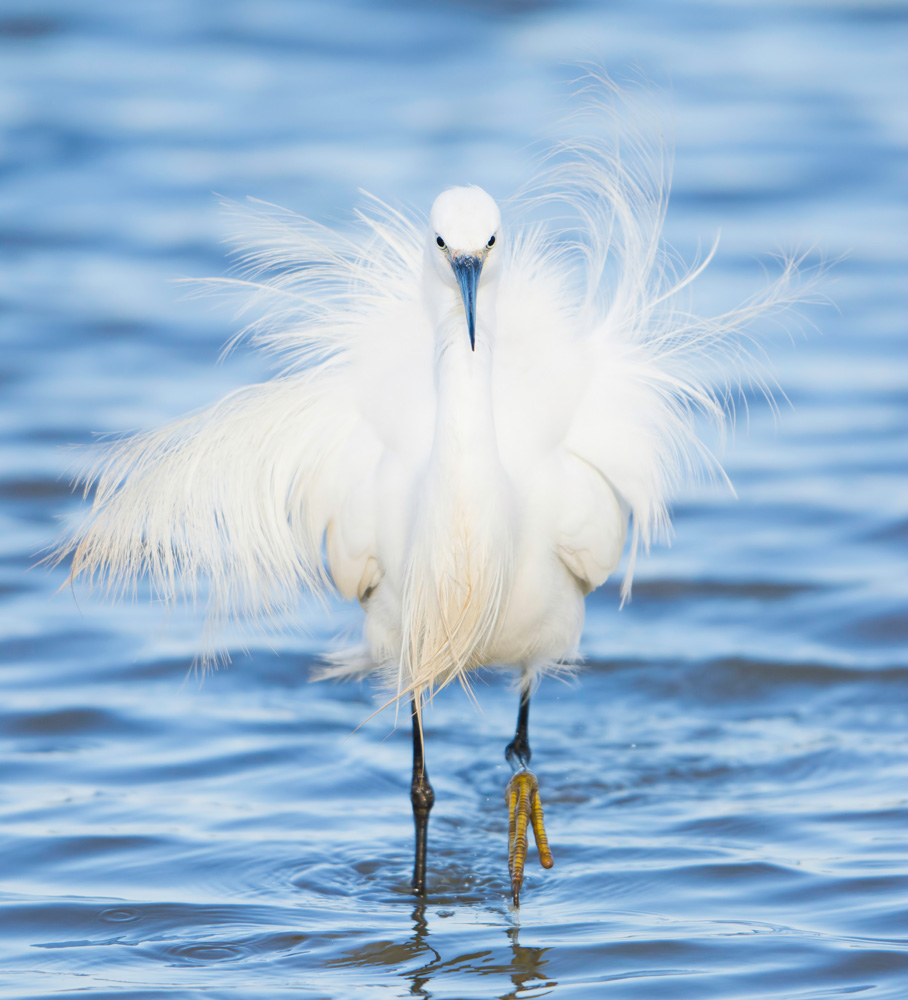 Staying with the scrape, and as anyone with an interest in wildlife will know, nature can be harsh. It’s inevitable with so many young birds around that a predator will attempt to grab one, they have young to feed also, it’s just part of the circle of life. Whilst I can’t describe it as “pleasant”, you need to be rather matter of fact about it. As a photographer it of course offers an opportunity to grab some great (if slightly morbid) action shots. I witnessed a few smash and grabs during my week but the one closest that I managed to get the camera on was of a Lesser Black Backed Gull grabbing a Common Tern chick. The Gull was persued in vain by one of the parents and then by the other Gulls in an attempt to steal the prize – 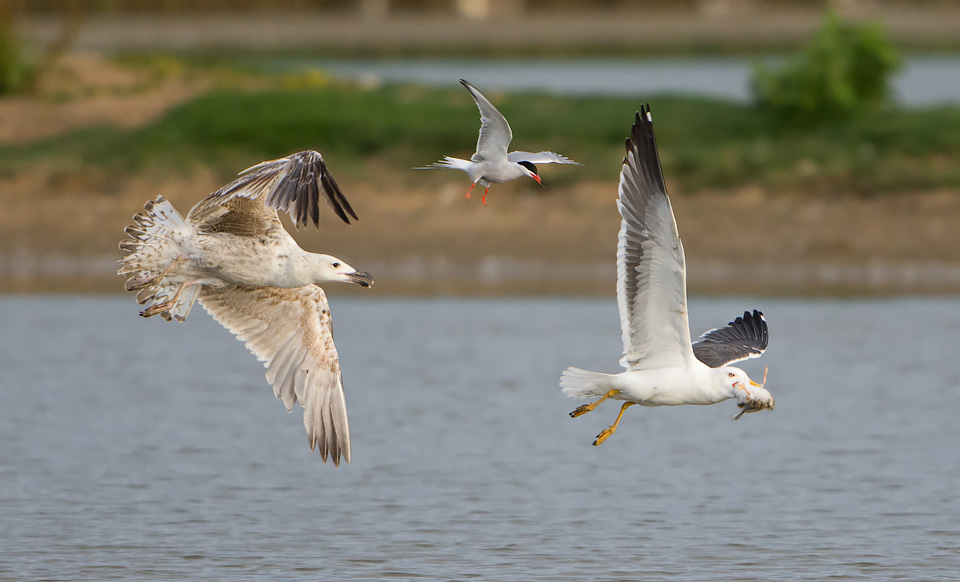 The chase is on – a chick has been taken 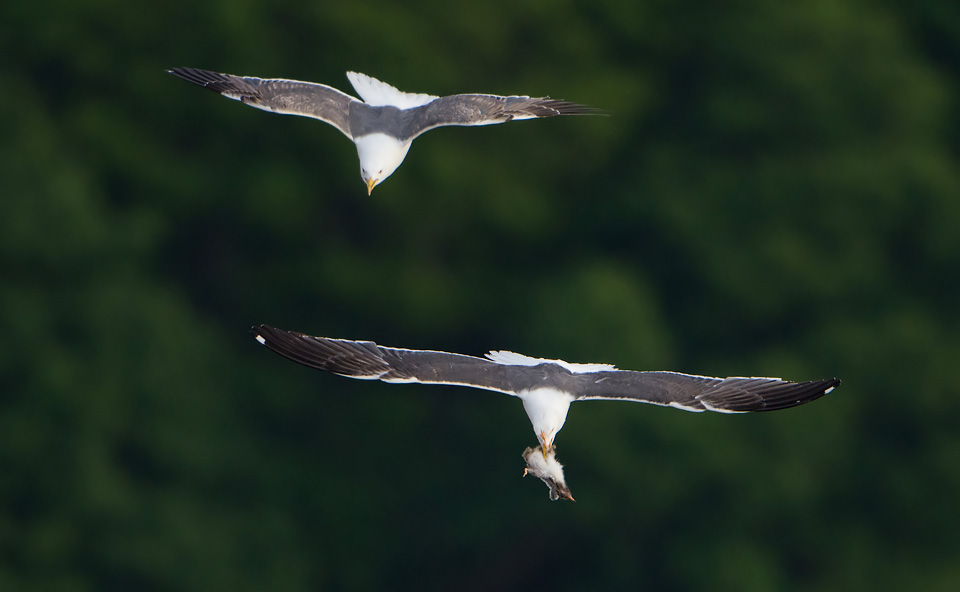 In pursuit of the prize 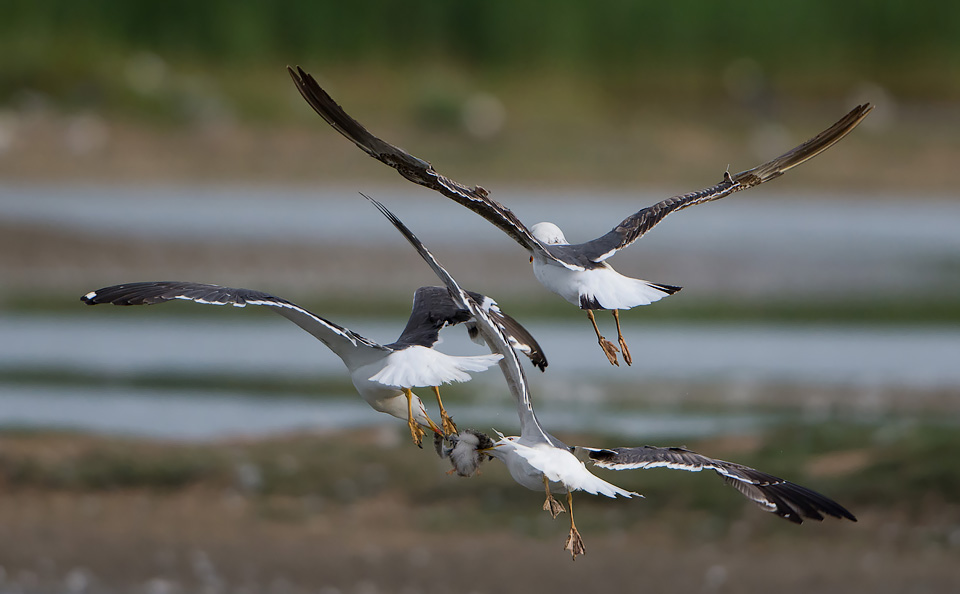 There are so many different areas and habitats at Minsmere it’s hard to decided where to go next! I recommend the viewpoint for the Sand Martin nesting bank though. I struggled to get any worthwhile flight shots of these birds, not too easy with a 500mm so I always appreciate the effort when I see a decent shot, however just standing and watching the bustle of the birds as they came to nests to feed the chicks was wonderful. 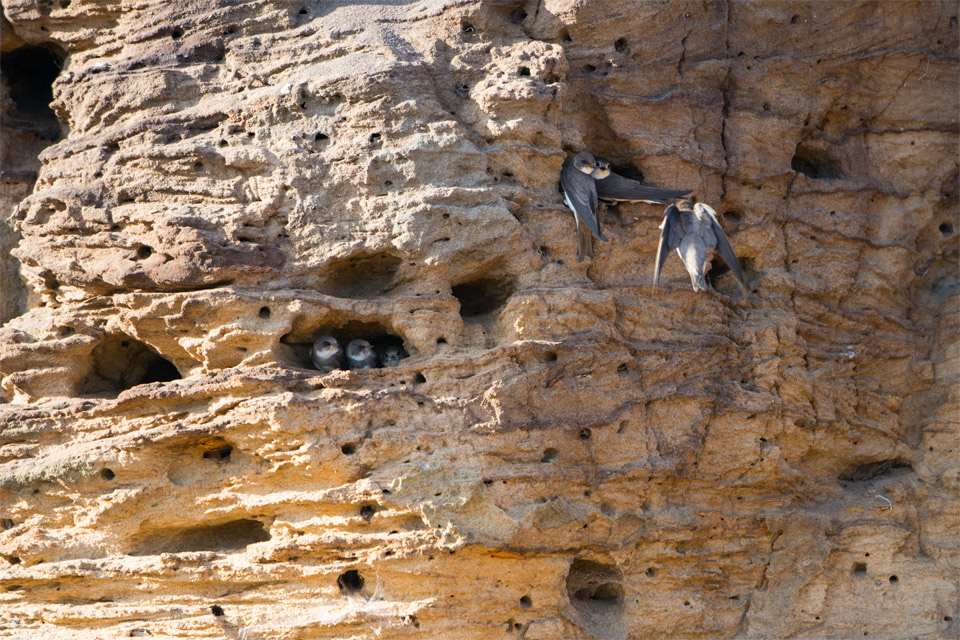 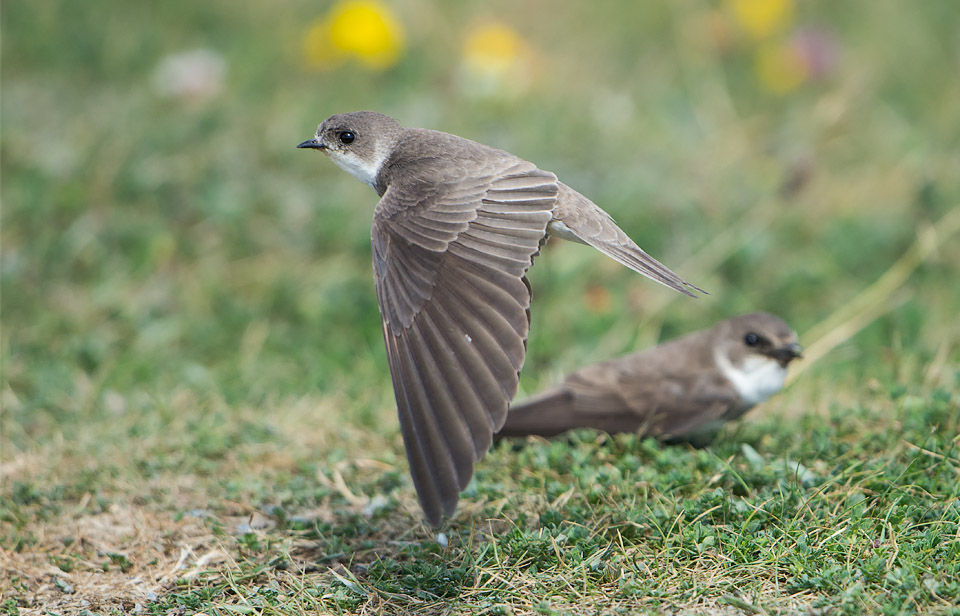 The following day once again saw us up before the sun and quietly stalking across Whin Hill as the sun rose. I really wanted a chance at the Stoats – if you watched Springwatch this year, this area is where they were filming the parents with food, moving kits etc. I don’t know the normal layout for this area but for our week there was still a temporary path across the hill. With shortish grassland and plenty of wildflowers along with lots of rabbits and burrows it looked like a perfect day to catch some action. Things don’t always go as planned though and the first subject that I took some images of was a Muntjac Deer. This isn’t something I see down in Sussex at all so was quite pleased to get not only great views but some decent photos too. As the sun was rising behind us and the tiny amount of breeze was in my face, a small amount of stealth meant I could get frame filling shots. 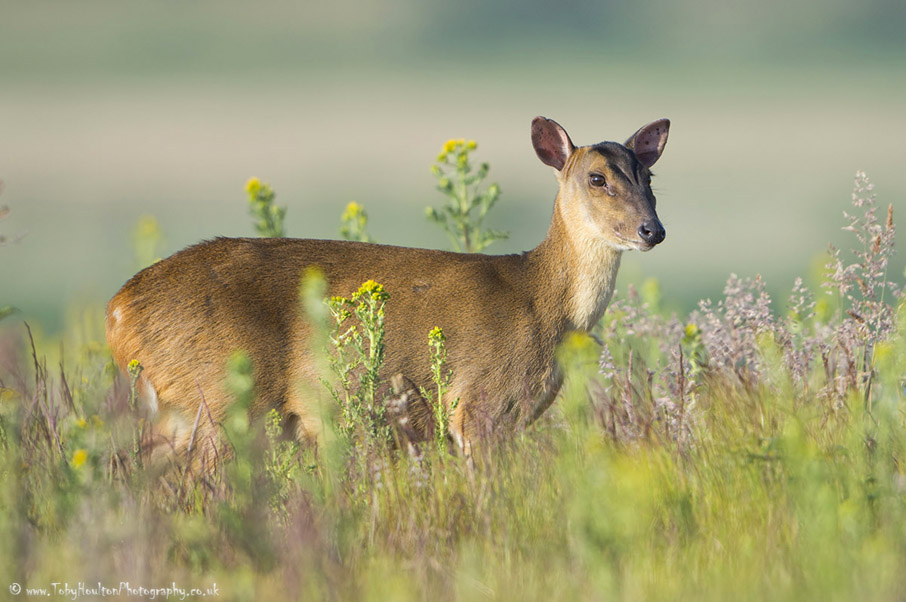 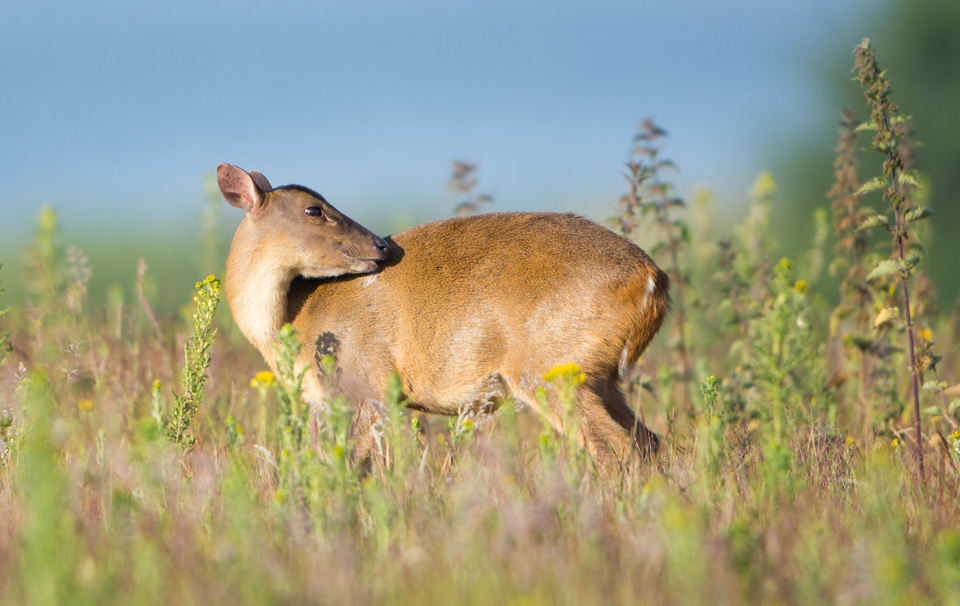 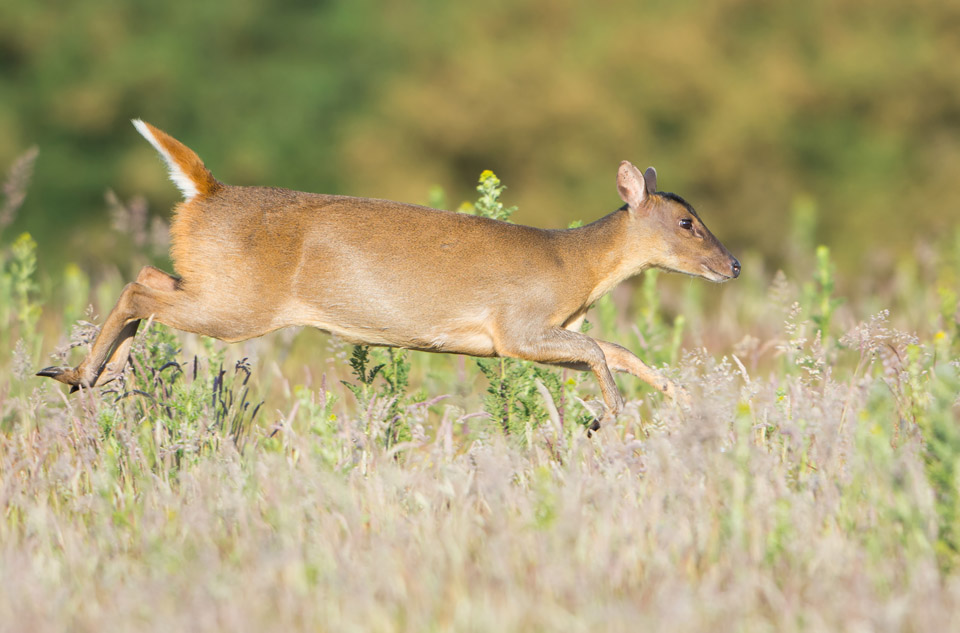 Finally for this post – just a quick example of how things don’t always go as planned. We walked down to the Island Mere Hide and found 2 people were already ahead of us in the hide. We stopped on the walkway, mainly because Maria wanted to see if she could see “Spineless Si” – those who watched Springwatch will understand as this was where he was filmed. There were a few noises from the reeds closeby, not suprising as there are coots and moorhens aplenty so we didn’t take much notice other than a cursory glance that way. Unless the noisemaker is at the egde it’s impossible to see anyway the reeds are so dense. All of a sudden there was a loud crash and a Bittern flew up just yards away, we were treated to the closest views of a bittern exploding from the reeds you can get, it made us both jump, and although instincts kicked in and I got the camera on it, these birds have a great habit of just showing you their rear end – which is all i got as a photo! So close yet so far….

The lady that was in the hide came out shortly after and said “you must have got some great photos!” to which I had to explain a bird’s backside doesn’t really count. They had known the bird was there but didn’t think to signal to us to move inside.Oops. 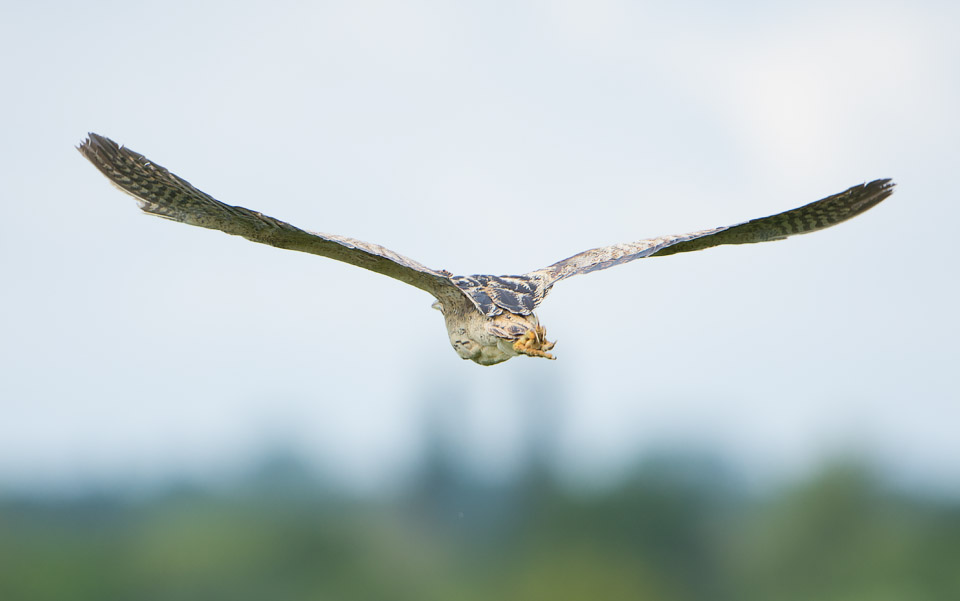 Bleh – next time! This place is great for Bittern opportunities and I did have several sightings through the week, just wished I’d know it was there!

More info about my week and where I stayed coming in the next update, hopefully not such a gap between posts this time. Thanks for looking.