It feels like I’ve been waiting weeks for some decent weather to get out with the camera and finally last week there was a tiny break that promised a little sunshine after the recent snow. I just had to take it and along with my wife, headed off to Dungeness.

We arrived a little after sunrise and headed into the main reserve before even the Tree Sparrows were up and about. The light was good though, the cloudless sky a lovely blue. Dunnocks were in good voice and the rabbits scampered away on the frosty ground. As we headed towards the viewpoint there were at least two Marsh Harriers in the air, one of which headed right towards us before banking away, offering an incredible view. 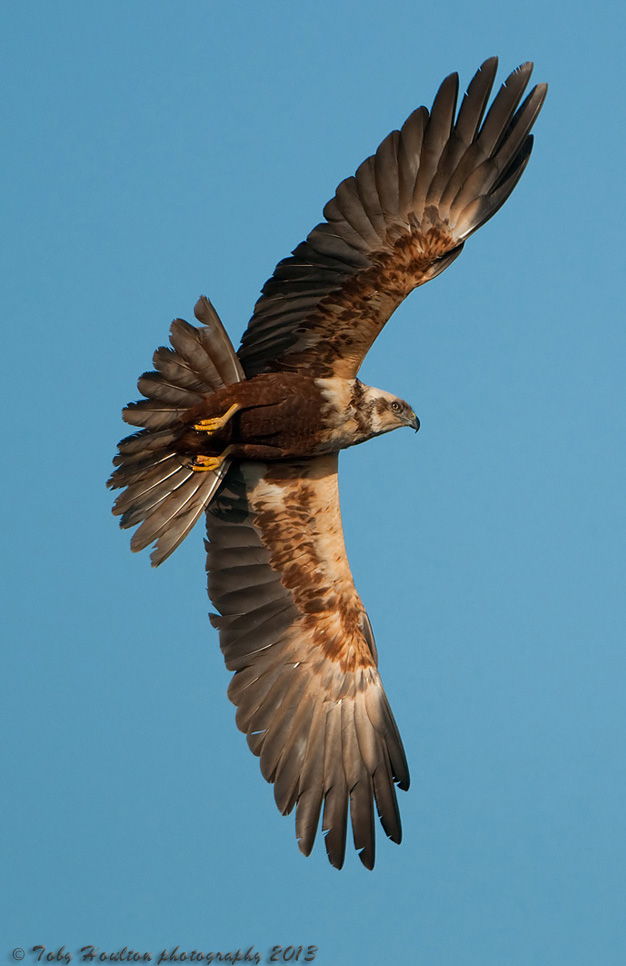 Such a spectacular sight and a great start to the day. From the viewing point we also spotted (but no decent images of) Bitterns and Bearded Tits. I find this spot to be very relaxing and always spend a little time here on a visit. Maria was checking out the adjacent pool and reeds when she said “I’ve just seen either a stoat or a mink running along the path”. I quickly set the camera pointing along the track and sure enough, out of the bright sunshine casually strolls a Mink. Now normally I shoot 100% in manual mode but today I was trying out Aperture mode and allowing the camera to do some of the work. Bad idea in this instance – dark animal running with bright sun behind it and then standing in front of a pile of snow. The result was that I totally blew all the highlights. Massive shame but we all make mistakes. I did however manage to process a couple of images to show you how the animal looks (just ignore the botched highlights!) 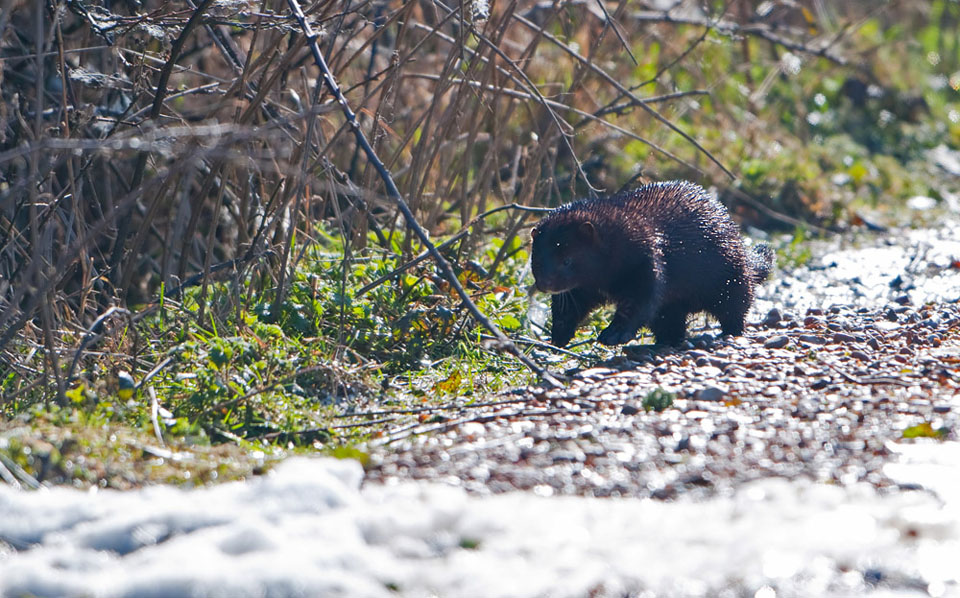 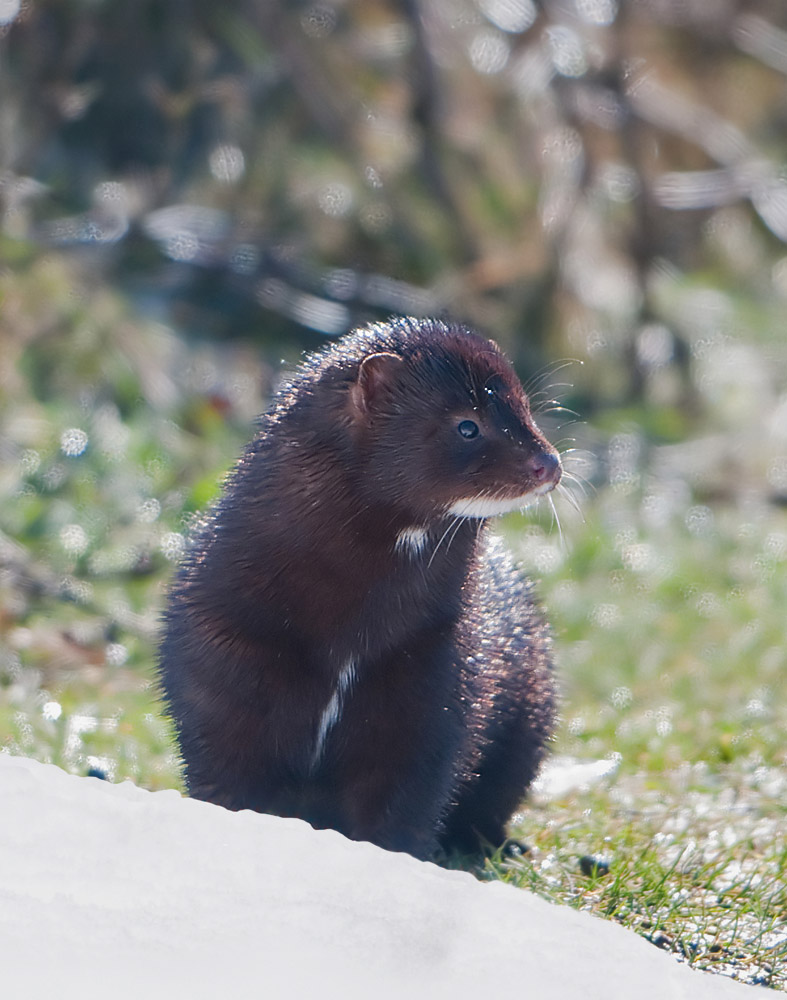 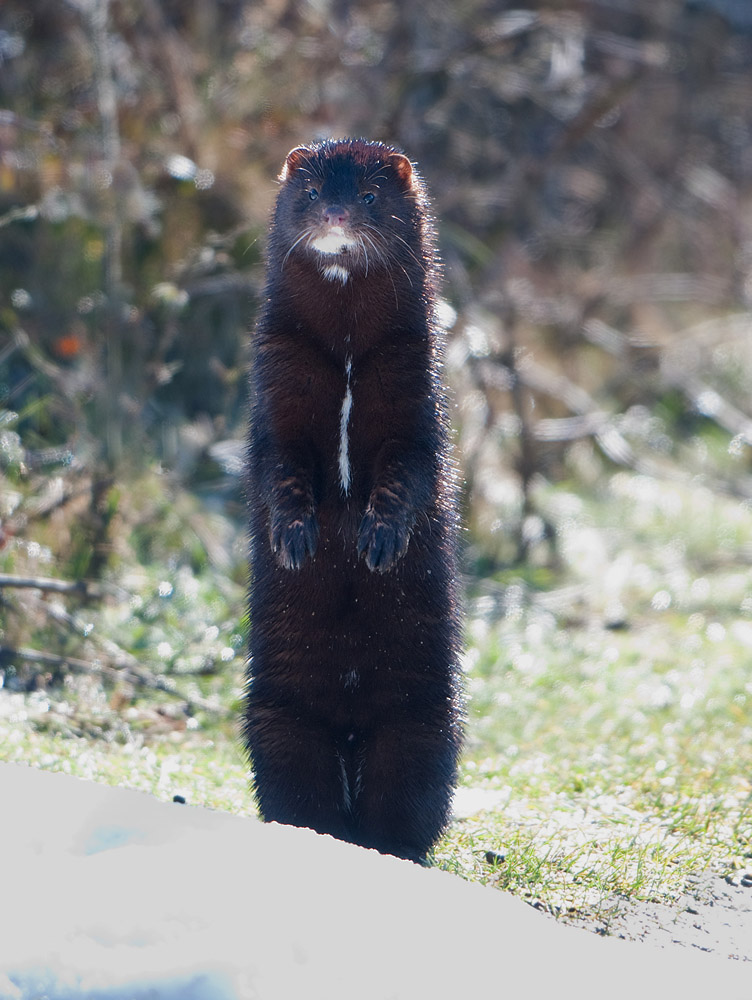 Lovely as it was to see an animal such as this, it’s a little worrying considering they are an extremely efficient predator and have caused massive issues since being released from mink farms.

The mink was not the only predator looking for a meal on this cold morning so little surprise the rabbits were edgy. 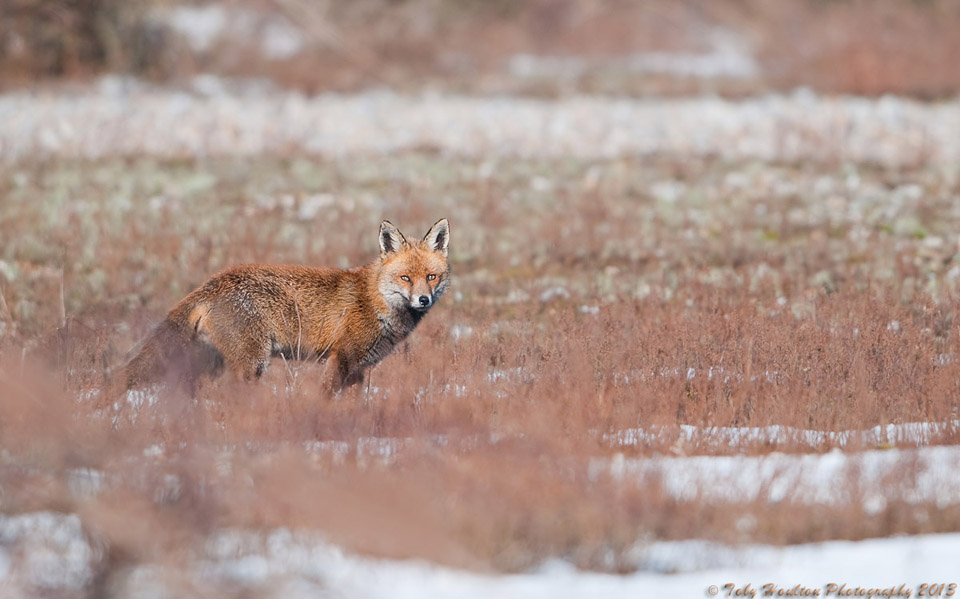 A Fox hunts in the winter sun 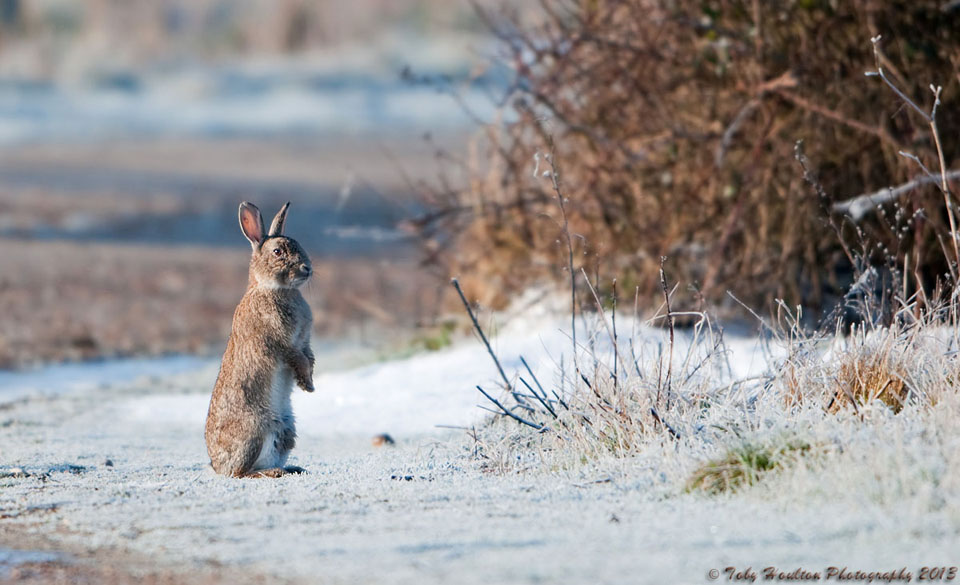 After walking back via the main entrance we headed over to the other side of the road. From the ARC Hanson hide we spotted one of the Great White Egrets along with Smew and Goldeneye and had views of a Firecrest outside the hide with Goldcrest and Chiff Chaffs in the scrub close by. We decided to head to the screen as we had been told there were a pair of Great Crested Grebes displaying outside. Sure enough they were there and we waited a while before they looked like they were starting some courtship behaviour with mirroring movements and offers of weed. However, just as this started, a couple of birdwatchers turned up, and made enough noise to scare them off. Perhaps you may be happy to view stuff at 300 yards across the lake but at least TRY to have some consideration for others. so frustrating to watch the birds heading off at speed. Note to self…try and find places where i won’t be disturbed!

We decided to head out as lots more people were arriving, popping into Rye Harbour on the way home. Really I wanted to see how the Black Headed Gulls were getting on as I really look forward to when they are in full breeding with hundreds of argumentative birds wheeling, diving, fighting and making lots of noise. They were making a start, the squabble for pitches has started and will increase greatly in the next few weeks. Not too much of interest photo wise with the gulls but a Little Grebe successfully fishing close in front of the hide was handy – 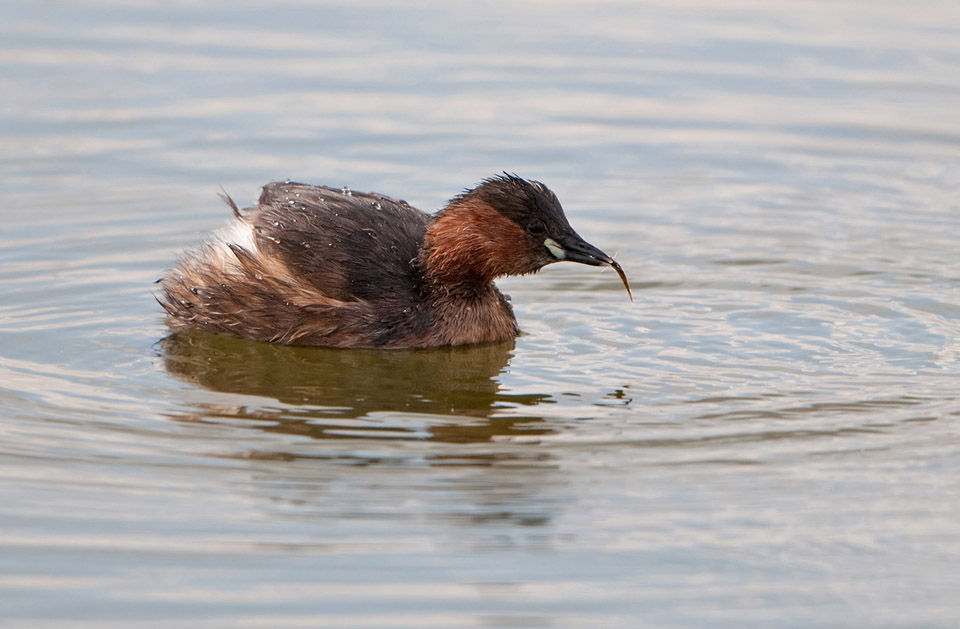 Finally with lots of Oystercatchers roosting over high water, one or two did come close enough to attempt a flight shot. Not normally a strong point of mine but practice makes perfect. Not quite perfect but am improving at least! 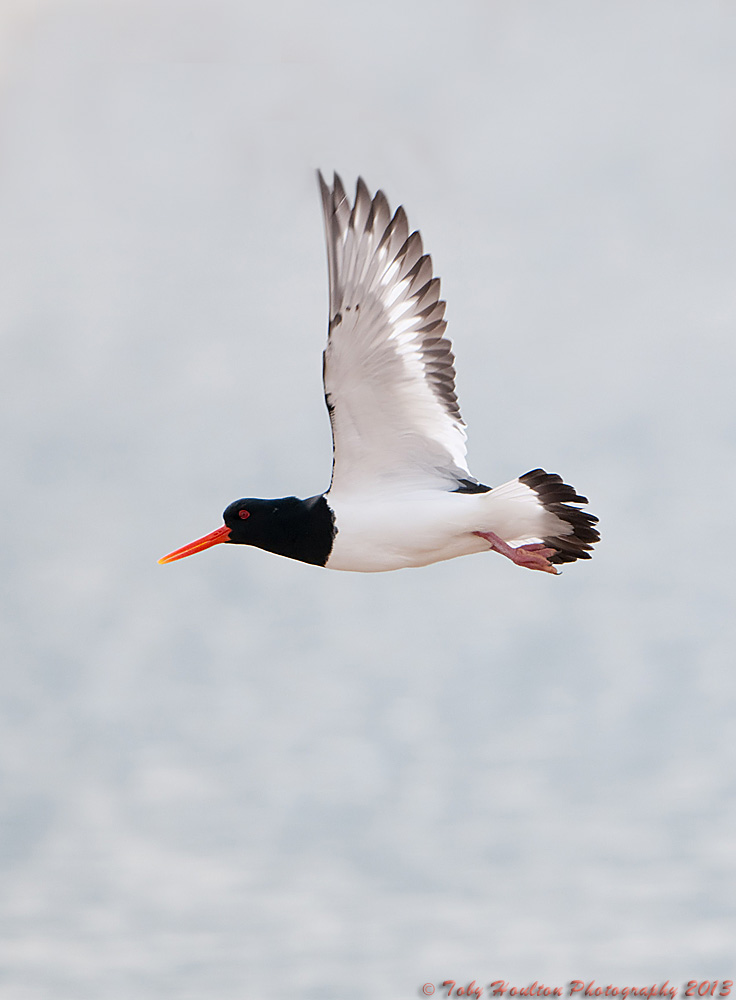