It’s the end of march and this country is still under the effect of very cold weather being blown in from the east. I’m barely seeing any signs of spring but I just have to be out to find out for myself. As usual the forecast didn’t exactly meet expectations with poor light, cold winds and a little flurry of snow or two thrown in for good measure. Still, the wildlife has to persevere and I was hoping I could find something interesting to point the camera at.

I was hoping for the barn owl to show at the entrance field but unfortunately it had other ideas so my plan changed to seeing if I could find the Hares at the far end of the water. There was one or two birds moving around the scrub and I could hear Chiff Chaffs somewhere but couldn’t get a shot. A family of Long Tailed Tits did put in an appearance and I managed just one or two shots, nothing special but was great to see these acrobatic little birds flitting through the twigs hunting for insects. I’m not sure what they found but one did show off it’s skills whilst nibbling at a morsel – 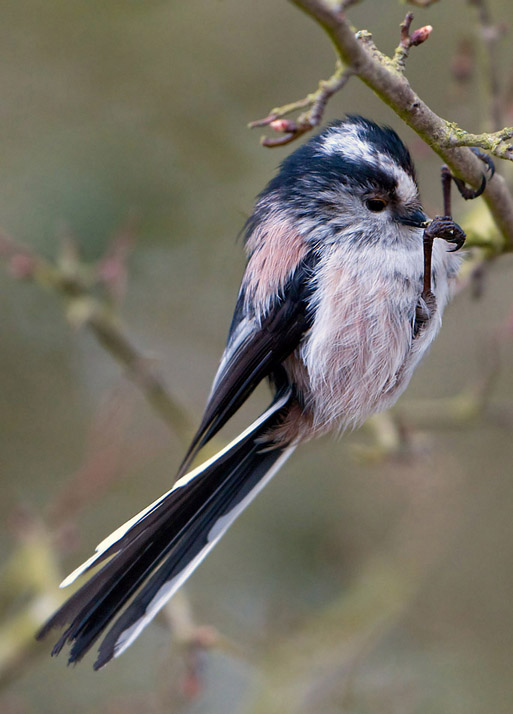 I nipped into the hide to see if anything interesting was on the water. Very quiet to be honest. The ever present cormorants were flying back and forth which never seems to cease during the hours of daylight. Brief distant views of the Marsh Harrier added some interest. I then saw almost my first visible signs that the birds did know spring is imminent. A lone cormorant was diving for nest material, plucking vegetation from under the water and took off with it’s prize in beak. This was a long way off so the image is heavily cropped but interesting enough to warrant a quick look here. I have to say I was very impressed that I could get a usable image at the distance this was. This was taken without a converter, so 500mm (+crop factor) and has had a bit of processing. 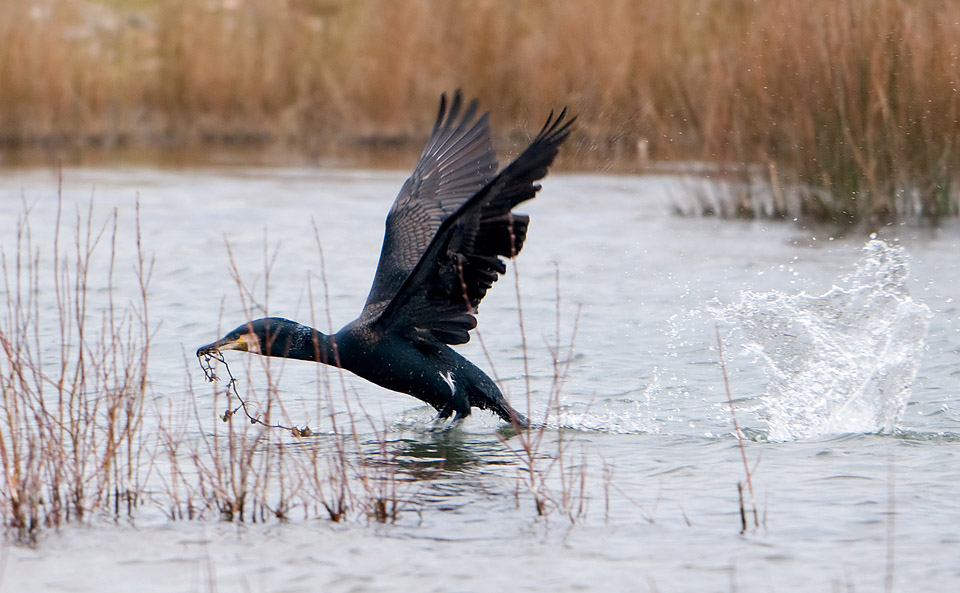 I also spotted a couple of wildfowl swimming a little closer to the hide and have to admit that duck ID is not my strong point. This is what I love about Wildlife Photography, I learn so much while i’m out and if I spot something unusual I can grab a shot and check later. It turned out my mystery duck was a male Gadwall in it’s winter coat. You really do learn something every day! Here it is – 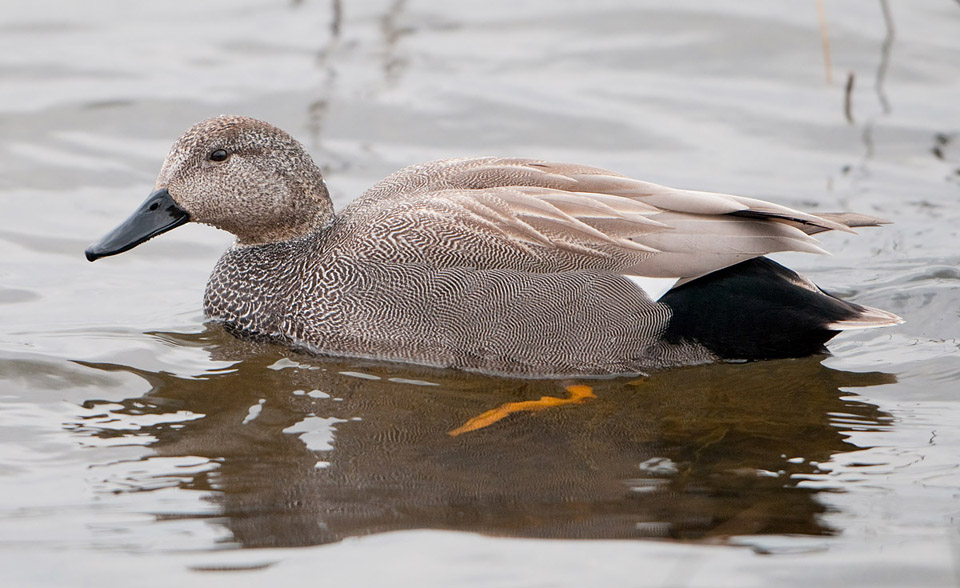 Next stop was to walk to the end of Castle Water and see if any Hares were around. I’m sure I’m not the only one but I swear I’m a cow magnet. If I go into a field with cows they just head straight for me. It’s really disconcerting to be playing “statues” with a herd of large animals. If i just faced them they stand still at around 20 feet away. As soon as I turn my back and walk they start to follow. I’m glad I’m not of a nervous disposition but I think a little care and awareness is still called for. Cows or not, I’m coming through that field anyway and so picked a path through the gorse and carried on my way. So how did it go with the Hares? Well I certainly got to see them. The one little problem is that their choice of location today was mainly on pebbles. I’m sure i don’t need to explain the difficulties with stalking a very alert and sensitive animal on a surface that you just cannot be quiet on. Weirdly the Hares seemed to be relatively happy with my presence. As always I ensure I move slow and give them no cause for alarm. It seems that as long as they know where you are they are happy. I managed only a couple of shots that show just how aware they were – 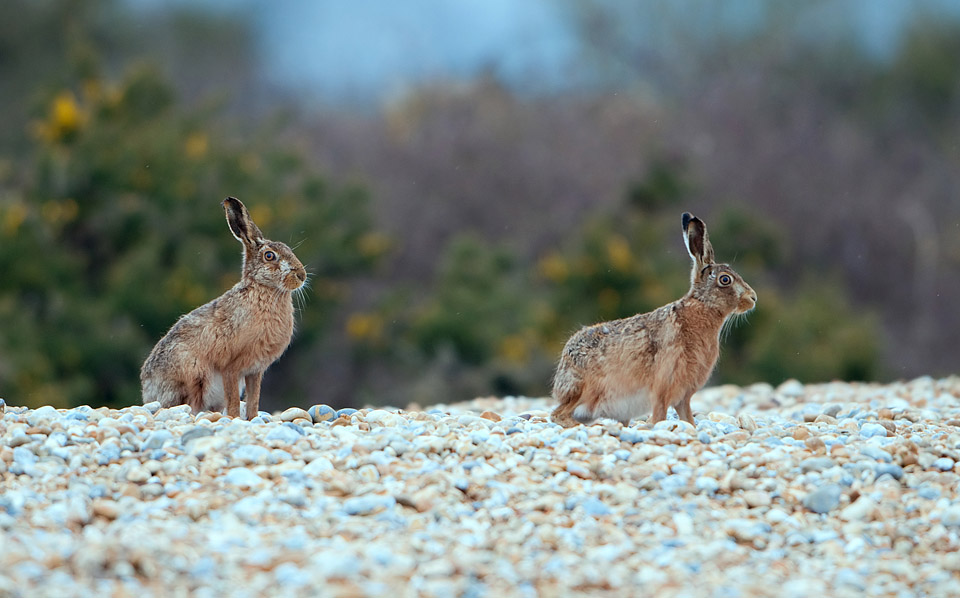 the little white specks in the image are ..snow! very light and it was freezing. Funny how when you have a decent subject to photograph you can put up with a bit of discomfort. Finally, after crawling on my belly for a while, the following Hare was fully aware of where I was and just watched me, occasionally nibbling at the scrub in the patch it was sat, a good sign that it is relaxed. I guess I must have looked like a beached seal with a camera so not much of a threat. Although I managed to take just a few very similar shots I learnt my second thing of the day! The Nikon 500mm f4 Vrii is the first lens I have used with VR and if there was ever a moment to use it, now was it. Poor light, awkward handheld position and a maximum shutter speed of 1/500s. What a revelation! From a shaky image bouncing around whilst I tried to keep still, the VR kicked in and the viewfinder image just stopped still, perfect for a shot or two. I normally shoot from a tripod but this experience has opened my eyes. I appreciate this image doesn’t have the cleanest background but I’ll let you judge the sharpness! 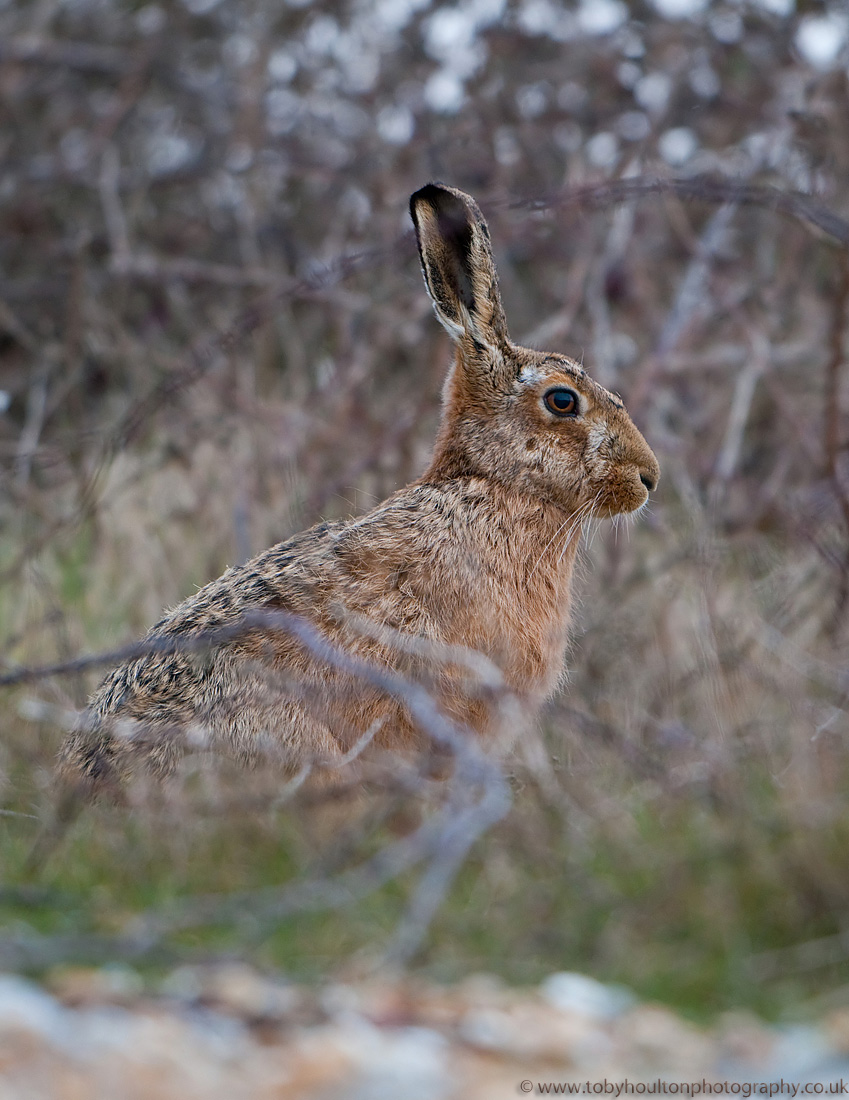 Hare hiding in the scrub