With a break in the weather forecast, this last weekend saw one lovely sunny day and a last minute decision to try and find the Snow Buntings reported at Camber Sands turned out to be a good one.

I haven’t been to Camber since I was a lad for a day at the beach, even though it’s only a 20 minute drive from where I am. I wasn’t quite sure how it would be as I was guessing it would be a little busy. All I can say is WOW! Everyone and their dog (literally) were on the beach. Hundreds of people making the most of the first decent sun in ages.

Luckily these birds are actually rather accommodating so whereas I wouldn’t even bother going somewhere with the hordes, I persevered.

After an hour walking through the dunes west of the marina cafe the only small birds I had seen were Reed Buntings. Despite quite good directions on the Sussex Ornithological Site, it wasn’t until we had turned round to head back that a single bird fluttered out from the thick grass and settled on the sand. I quickly got the camera out and took a few images before it was disturbed by a dog. Thankfully, having experienced these birds before, I knew he wouldn’t go too far and sure enough landed a short distance away in the grass. 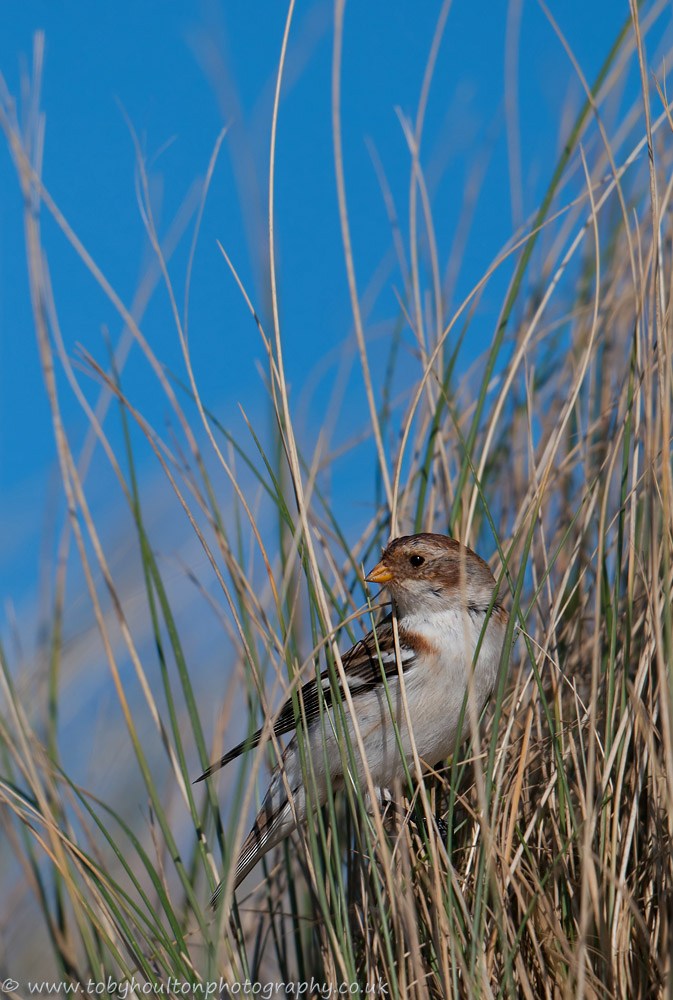 I sat and waited a short while until the bird seemed more relaxed and it flew back down onto the sand. I could see that one of the eyes wasn’t fully open and this made the bird more twitchy as it needed to move around more to be able to see properly.

A couple of times while watching it did actually open the eye further so here’s hoping that it fully recovers.

Finally a shot of this lovely little bird as it looked for food on the sand.