Our third full day in Ardnamurchan looked to be stunning so we decided not to miss the morning and got up at 3.15am to drive out to the lighthouse, the most westerly point in mainland Britain. The drive was amazing. Incredible views along single track roads with passing places through some beautiful scenery. I have to admit to being a little anxious about the roads. It’s not the fact they are single track, more that if I had an issue with the car we have zero phone signal and hadn’t seen a soul in an hour of driving. It seemed so remote but overall i guess as it’s the only road through that area, we’d just have to wait for another car if we needed help. We saw Red Deer as we drove, especially in the grazed / farmed areas where vegetation seemed sparse but actually saw little in the way of birdlife or other animals.

Arriving at the lighthouse there was a bizarre moment where we came across a set of traffic lights. It was around 5.30am and there isn’t anyone around and we are sat at a red light just before the lighthouse. When it eventually let us through to get to the car park you soon realise it’s too narrow for 2 vehicles so the lights are necessary.

We had a wander round and despite the great views across the water (this is a top place for sea watching if that’s your thing), came to the conclusion that there was much more to see (wildlife wise) where we were staying and so headed back. We were back at The Folly by 8am! This may seem a bit strange to some readers but I wanted to make the most of the photo opportunities at the Folly, sometimes you just have to see what you might be missing to appreciate it!

As I unloaded my gear from the car I popped the camera on the tripod and was wondering just how accommodating the birds around the table would be with me actually standing outside and not particularly hidden. The sun was well positioned over my shoulder even if the light was a little bright by this time. As I was just checking out my settings I caught a movement in the corner of my eye and couldn’t believe when I looked up slowly to see the Pine Marten running around in broad daylight. It’s moments like these where experience pays off and I quickly changed my camera settings whilst keeping track of the amazing creature that had now hopped onto the log where food had been left the night before. I switched to Qc mode (continuous quiet) to reduce the shutter noise (10 frames a second on continuous high speed sounds like a machine gun still) and began to take images. I was scared to move a muscle and any time I looked up was in slo-mo so as not to scare off my subject.

It’s moments like this that you dream of as a wildlife photographer and I had no idea how long he (I’ve assumed!) would stay. It may only be a few seconds so despite there being a bit of an obstacle in the image I still took quite a few shots – it’s actually the end of a hand rail that was ruining my perfect moment as you can see in the image below – 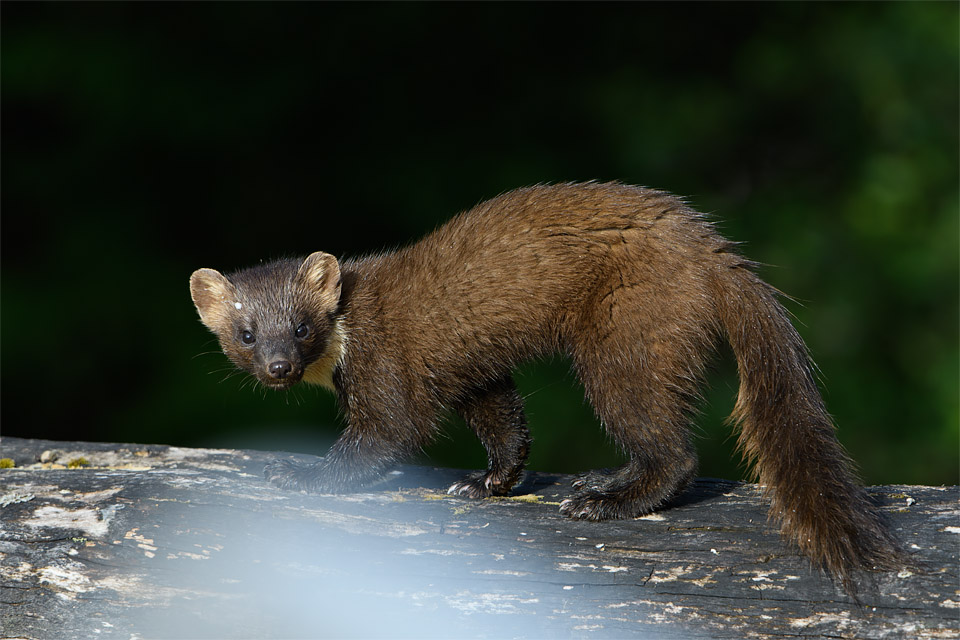 A beautiful image but (to me) ruined by the white blur of the out of focus obstacle.

Although he was checking on me every so often, he really didn’t seem particularly concerned by my presence. I was partially hidden behind the camera (he couldn’t see my face) and the tripod. I decided I had to take the risk and very slowly lifted my whole rig a few feet off the ground and took some slow steps to my left to eliminate the obstruction. I was walking on gravel but thankfully he stayed put. I was then able to take lots of images unobstructed and just appreciate what a stunning animal this is – 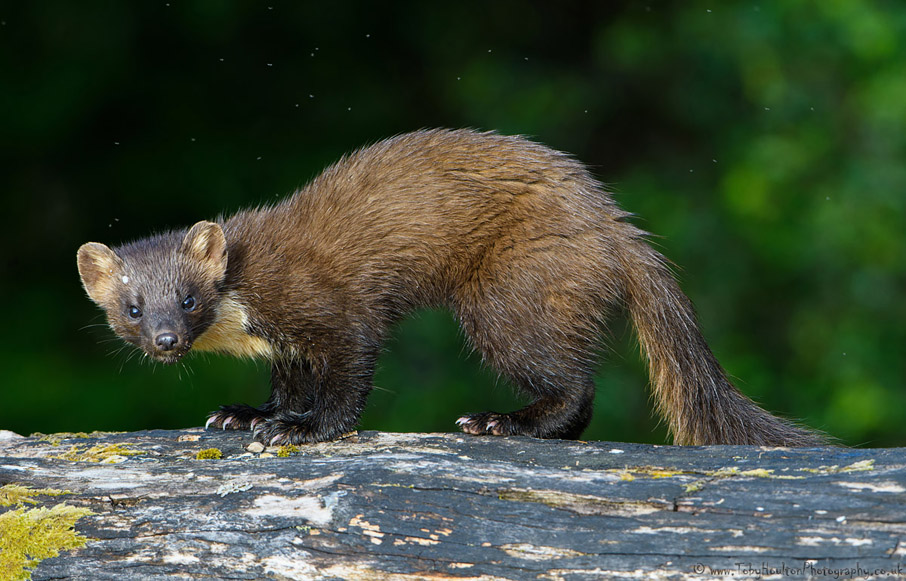 Oh and all those little white specks in the air in the image above – midges! I’ll come to those later….. 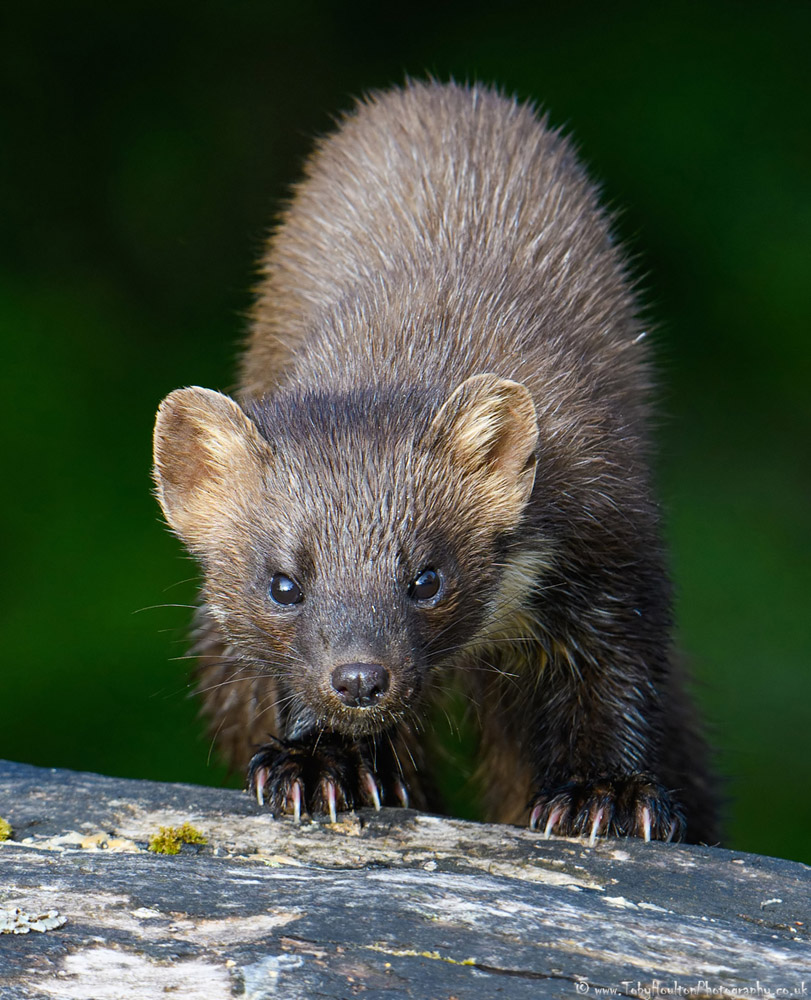 I shared a few minutes with this stunning animal as it sniffed around and found a few scraps of food from the night before and still couldn’t believe my luck. What surprised me even more was what happened next – he’d clearly had enough of whatever was around the log and so came to investigate me a little closer. He hopped off the log and slunk round the flower pots to see what I was up to – 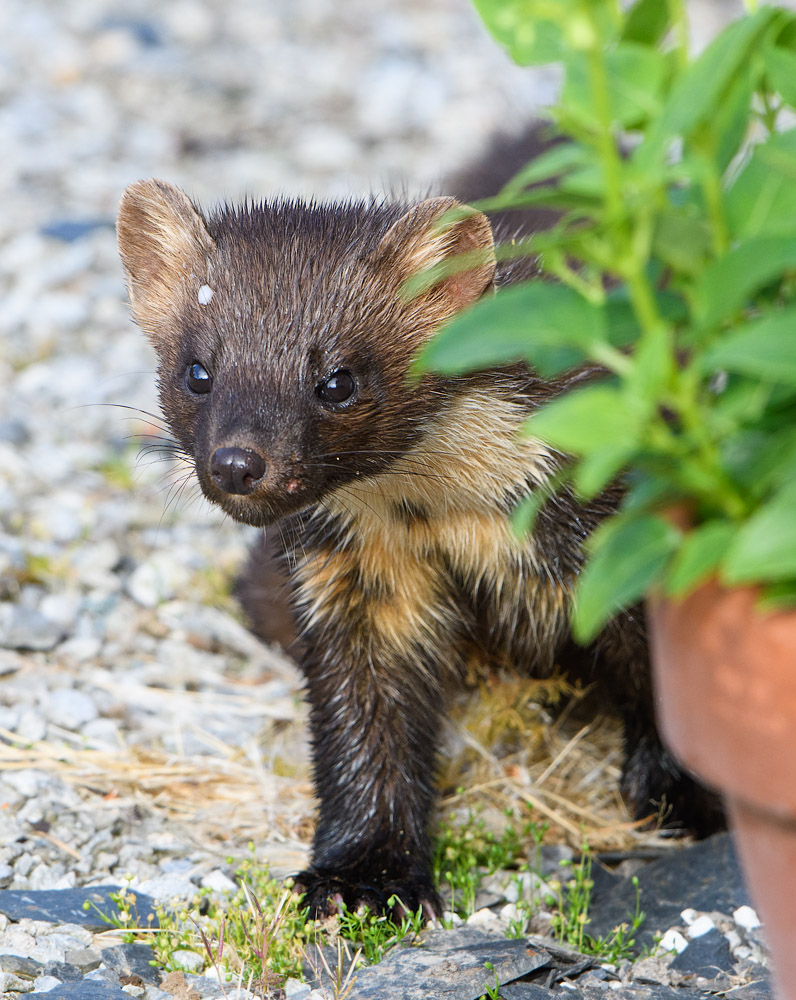 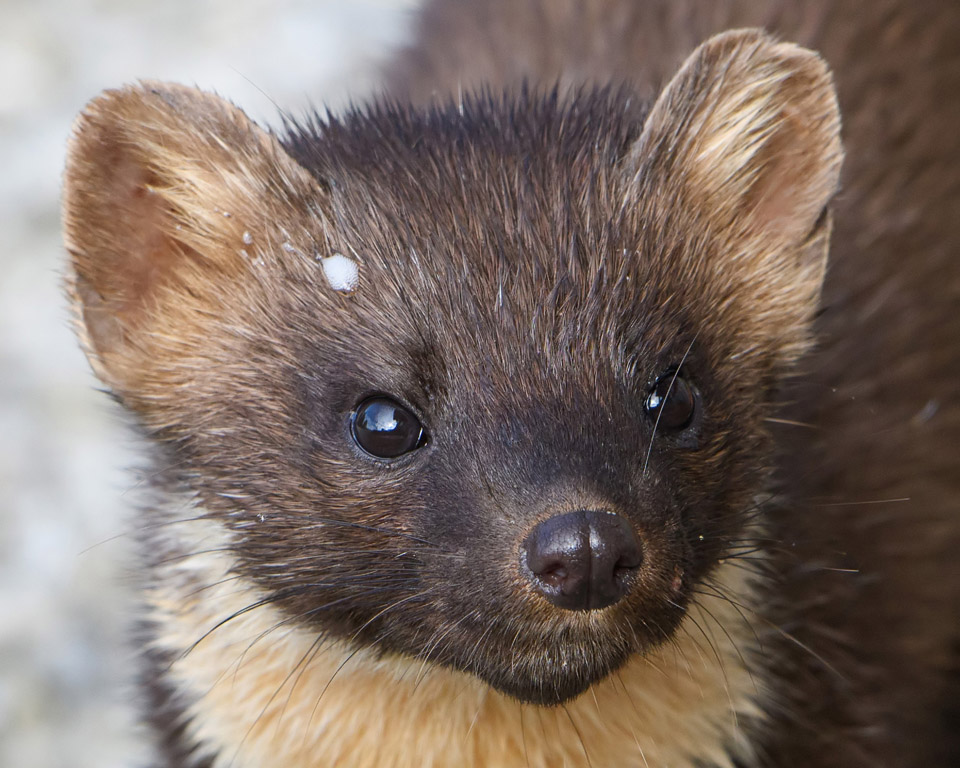 He came so close I was not able to fit him in the frame so took some close ups instead. What a moment, doubt I’ll ever forget it and this really was the icing on the cake for our Ardnamurchan experience. By the way, the white spittle above the eye is Cuckoo Spit from when he came through the undergrowth. This wasn’t to be our last sighting either……….

As I’d had such a good chance to get images it meant that I could later experiment with my flash setup if he returned at night. I decided I’d try putting one behind the log and one in front to try and get some “rim lighting” or backlit shots.

A few more of the birds that were our constant company – 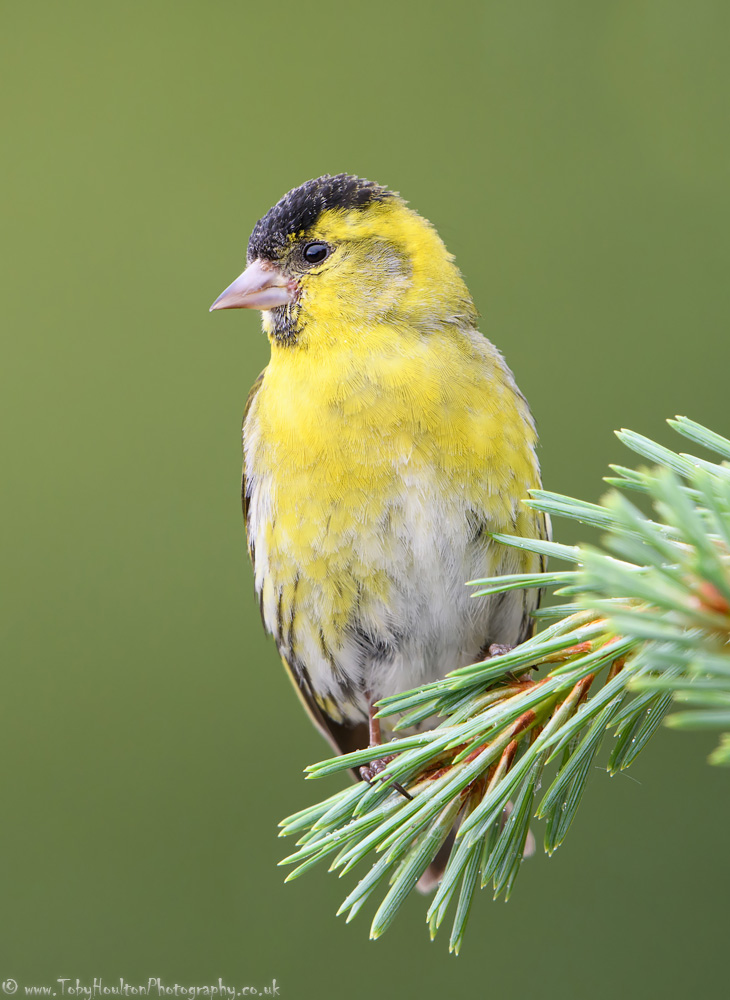 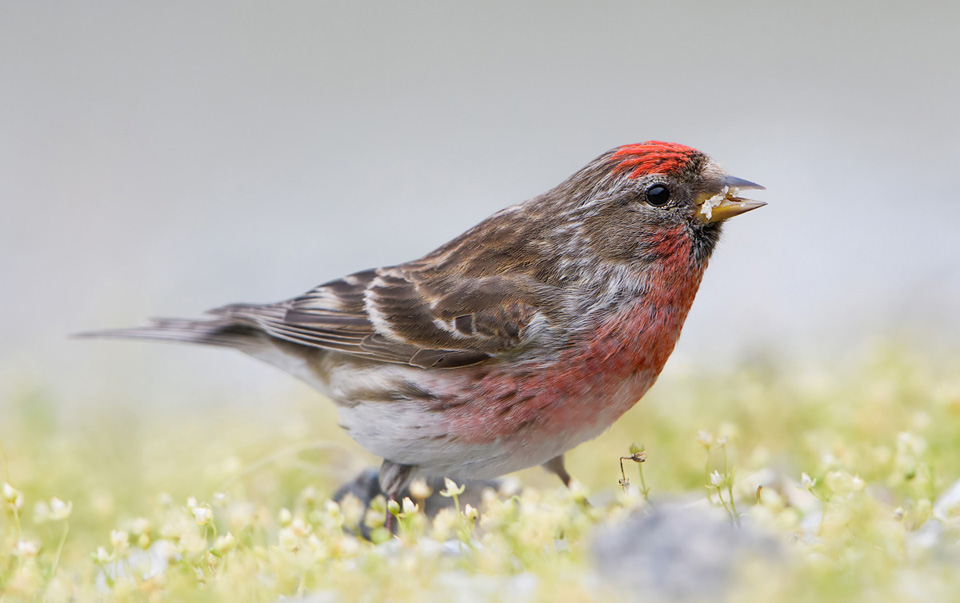 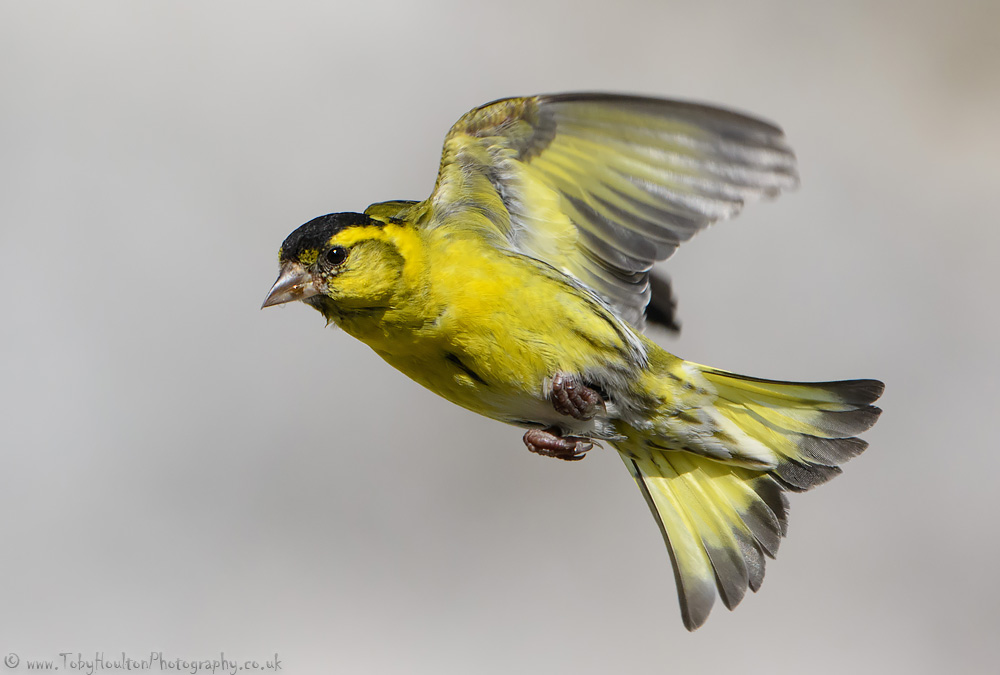 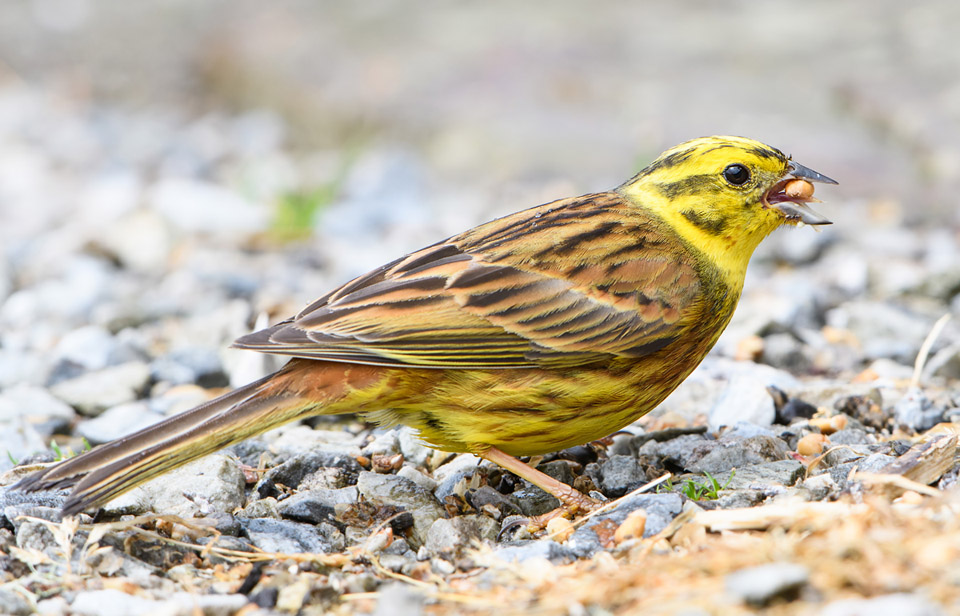 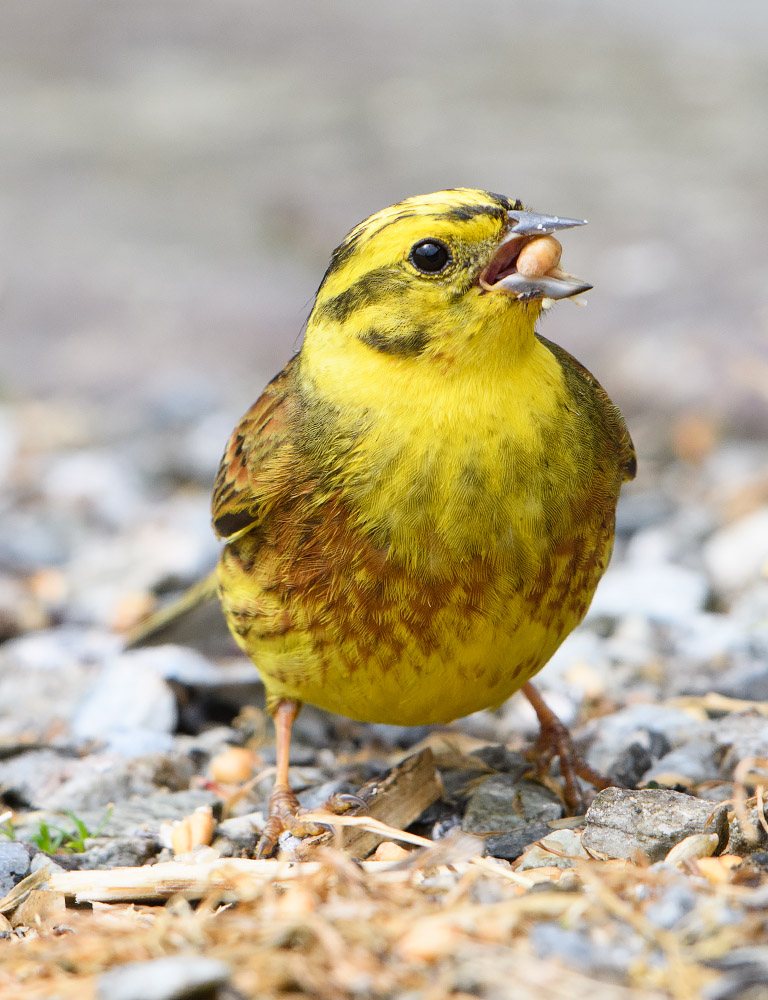 For those that may be interested, to get the ground level shots I’m sat in a dome hide with the camera at my feet poking through what would be the hole for the tripod leg. With the Nikon D500 I can use the flip up screen to view whats going on and to focus where required without having to lay on the ground myself. I haven’t really used the live view feature before but I’m starting to find more and more situations that it comes in handy.

Back to my night time attempts. I realise that ideally I should have 3 flash units for this as it would be better to keep two at the front and 1 behind….never mind! next time (i hope).

These first images were really close to what I was hoping for. Unfortunately my pre focusing was a little out so when viewed full size these images arent quite as sharp as i’d like. As a smaller image they work well though – 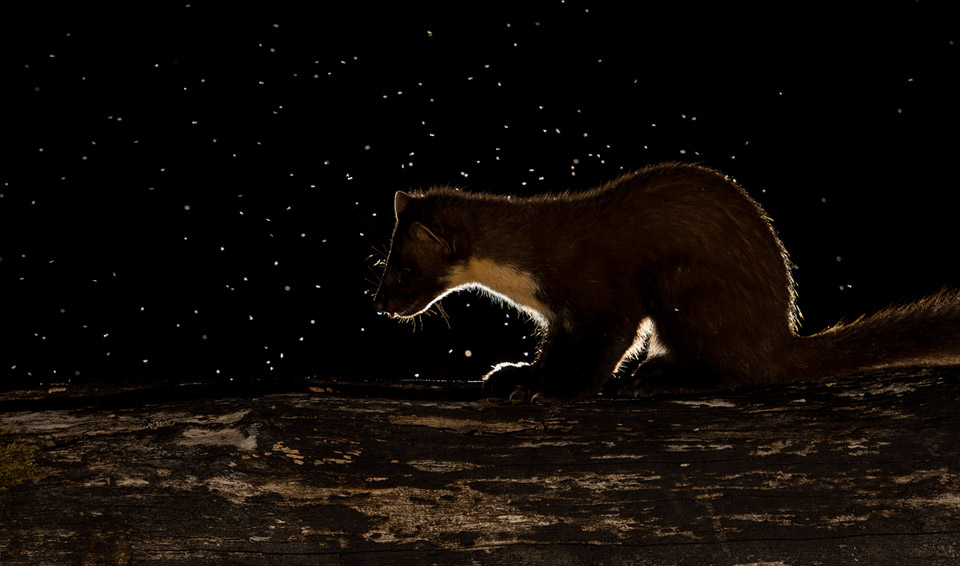 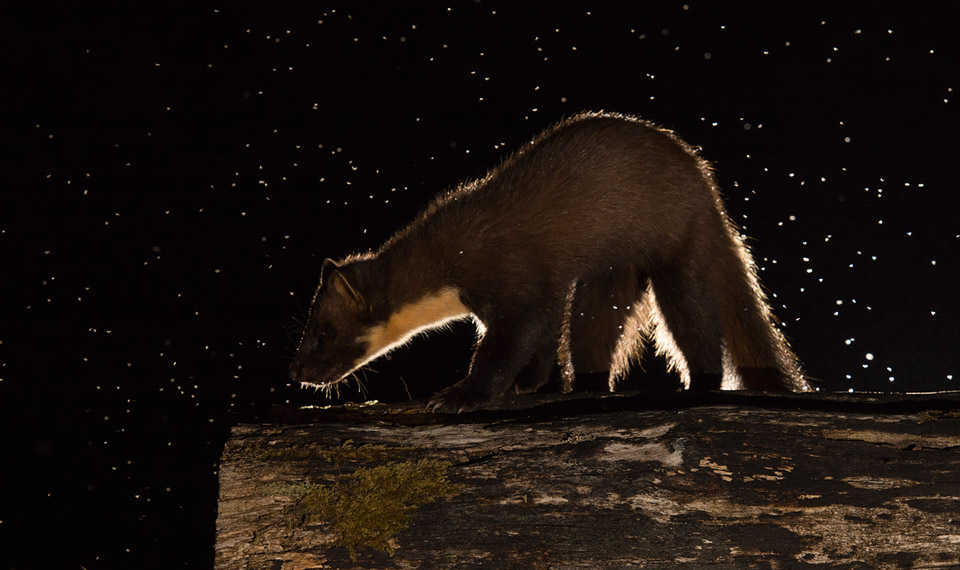 So with these images in mind, here’s a tip. Don’t think you can wander out in shorts and T shirt when the midges are in these kind of numbers. I stupidly did this a few times early in the week to either put out or collect my gear and got eaten alive. I was itching so bad! Even in the day it was sometimes necessary to cover skin areas with a deet based repellant (Skin so soft didn’t work for me!) and also we wore head nets when sitting around. Often that’s the key – if you are still they would be on you. My experience taught me to treat this like going out in blazing sun with no protection – you will suffer so make sure you are prepared. By the end of the week I had finally worked out the best ways to stop them getting at me. Has it put me off wanting to move to Scotland? Absolutely not.

Every night we also spotted a couple of Hedgehogs running around, an animal I haven’t seen alive in years down here in Hastings. Grabbing my gear and nipping out quickly to grab a shot was often what got me bitten….. 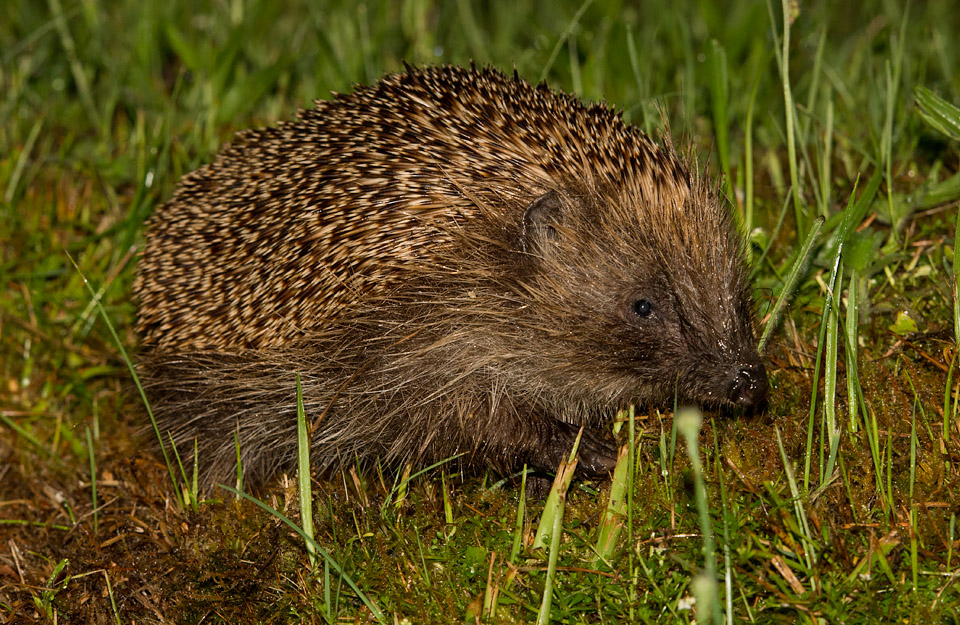 So our final night rolled round and I had one further chance at getting the backlit shots of the Pine Marten that I had in my mind. I made sure everything was correctly set up well in time and waited inside, hoping he would show. He certainly did but turned up when the light was only just dropping and the swallows were still on the wing…..and they really did not appreciate the visitor. They proceeded to dive bomb him as he sat down to eat. I tried to get this situation in a photo but knew that the ambient light would mean I could not possibly get the swallows sharp when shooting at 1/160s with the flash. If it was pitch black they would be but the ambient light would blur them in the images. I took plenty, trying to time the shots with the swallows dives and was looking forward to seeing just how they turned out. The flash behind certainly made the Swallow quite interesting. 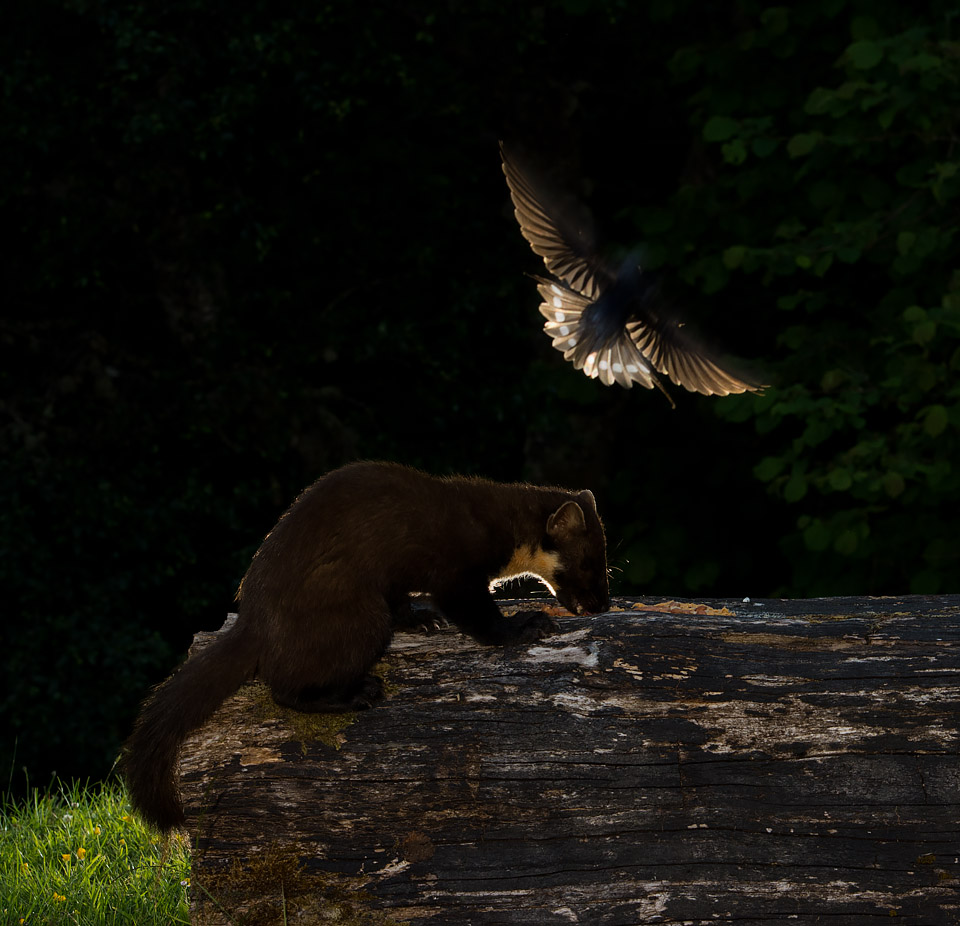 I didn’t get quite what I was after but following his meal he then went to see if he could get to the swallows nest and we were treated to seeing him jumping through the rafters of the car port as he investigated a possible route. The swallows had chosen wisely and there was no chance of a meal from them and we had our last view of this incredible animal as he slunk back into the grass after leaving the swallows behind.

I enjoyed Ardnamurchan so much I really didn’t want to leave. It really did meet my expectations and then some. The top quality accomodation certainly helped but the variety of the wildlife and the photo opportunities have me hooked. I’ll certainly be heading back here again.

Although our short week here was over, we were heading down to Northumberland especially to visit the Farne Islands, which will be the topic for my next update. All I can say is make sure you have plenty of memory card space, it was incredible!